When Do Most Alcoholics Have Their First Drink? 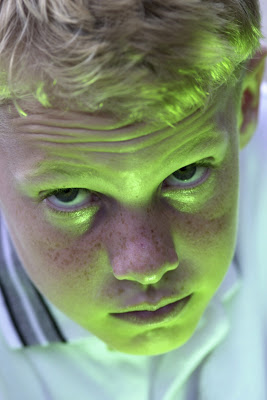 Most alcoholics begin drinking in their teens, but the National Center on Addiction and Substance Abuse at Columbia University has concluded that a third of kids between ages 12 and 17 had their first drink before the age of 13. The Partnership for a Drug Free America revealed that ten percent of nine year olds have had more than a sip of alcohol. Columbia’s research indicates that people who begin drinking before the age of 15 are four times more likely to develop alcohol and substance abuse problems than people who wait until they are 21 or older to begin drinking.
Many parents may expect to look for signs of alcohol abuse in high school, but more and more young people are abusing alcohol at much earlier ages. I think my drinking went undetected for some time simply because my parents did not assume their 12 or 13 year old could possibly have an alcohol problem. Unfortunately, as my drinking progressed, so did the consequences that became impossible to ignore. It wasn’t cute. It wasn’t a phase I was going through. Even at that young age, I felt that alcohol would always be a part of my daily life. I couldn’t imagine getting by without it.
I’m sure it was difficult for my parents to conclude that someone so young might actually need adolescent drug and alcohol treatment. It was certainly hard for me to think that I could possibly be an alcoholic at fourteen. Our culture often defines alcoholics as a real “grown up” disease, and recovery programs tend to cater to an older crowd. Fortunately, this attitude is changing, thanks to more media coverage and to adolescent treatment centers.
Visions was made just for me, and kids like me. No one there questioned my alcohol problem. They didn’t act like I was going through a phase, or acting out for attention. They gave me the serious attention I needed. As I have stayed sober over the years, I have come to believe that anyone has the right to recovery, regardless of age or anything else. Coming to Visions helped me take my problem seriously. Alcoholism destroys lives no matter how old you are, so why prolong the destruction? I’ve always felt that if I couldn’t pull off drinking into my twenties even, then I am definitely an alcoholic. Sometimes in 12 step meetings, older people like to joke about how young I am and even question why I’m there. I know that if I kept going at my previous rate, I might not get another chance to recover. I might be dead or in jail instead. I don’t care about those people and what they think of me. I’m changing my life. I’m getting another chance, and I will do what I need to do to keep it. Visions bolstered my resolve to recover. Going to meetings with them helped me remember that they had my back- that they believed in my ability to change my life. I know that there are more kids getting that chance every day there. I see them at meetings, or at alumni functions, or when I go there to work with a sponsee. Some people may not believe in the idea of a preteen alcoholic, but Visions does and for that I got a life. A real, good life.