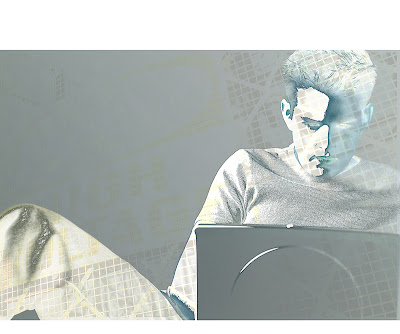 Recently I had to face the fact that my son lied. I have raised him to tell the truth no matter what. I have preached over and over again that it’s better to tell the truth up front than for me to find out later. I try to tell him the truth when he asks questions, because I’m a firm believer that you have to model the behavior that you expect from your kids. With that said, I have to say that I was shocked to find out that he lied to me. I went through all of the stages of grief; the denial, the bargaining, the anger, the depression, and finally acceptance.

He and his friend were online playing the video game World of Warcraft. Apparently, they encountered a “jerk” that was intruding on their game. Minor insults were flung back and forth. My son dared his friend to come up with the harshest verbal attack that he could create in his 12 year-old mind. Well, I was surprised when the World of Warcraft complaint came that quoted my son’s friend (It was offensive on many levels!). You see, in the cyber universe, everything you type is captured and recorded. After thorough investigation, I was convinced that there was a possibility that he was hacked, or that somehow mistakenly accused of a crime that he did not commit. I asked him to fess up, but he felt that he needed to lie in order to protect his friend.

He held onto this lie for a bout a week and I guess he just hoped it would go away. It didn’t though, and he finally cracked under the pressure. We assured him that the truth would come out and that the consequences would be worse if he didn’t come clean soon. I think he just couldn’t take the weight of anxiety anymore. I had hoped he would confess earlier, but the longer he waited, the harder it was for him to face up to his lie.

In a way, I’m glad this happened. It opened my eyes to the fact that human beings lie and my son is not exempt. At age 11, this is just the tip of the iceberg. As he gets older, there’ll be plenty of other things to hide, so I hope I’m better prepared for this reality. All parents hope that their kids will come to them when things go wrong (teen pregnancy, drugs, smoking, problems in school, legal issues, etc.). As parents, we need to promote honesty, but we need to be aware that secrets and lies are part of the teen experience. So how do you minimize the lies and how do you recognize when your kid is lying?

Here are some basic tips:

* Keep an open line of communication with your teen
* Don’t get too emotional if your kid lies to you, they usually don’t mean it
* If they are defensive, fidgety, avoid eye contact, pause when confronted, touch their face, change details of their story, they are probably lying

Be aware that “gaming” can be Habit forming and lead to a form of addiction. Adolescents that are lying about their gaming become powerless over this virtual world and their lives can become unmanageable. If you have a child that is lying or may be struggling with video game addiction please contact us so we can help find appropriate treatment.