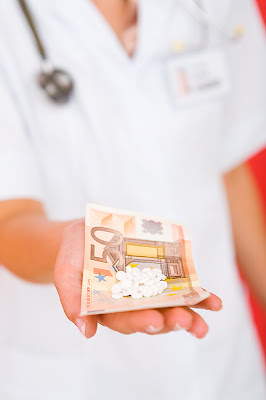 The National Drug Control Policy recently reported that unintentional deaths from prescription opiates, like Oxycontin, increased by 114% between 2001 and 2005. In 2006, accidental deaths from overdoses exceeded those by firearms and were second to car-accidents in the United States. Reports from across the country all point to the ever-increasing risks of teen prescription drug abuse in the United States. These alarming numbers point to the need for increased awareness and treatment of this epidemic.

Perhaps it is the perception that these medications aren’t as dangerous to use as say, crack or heroin. The numbers say otherwise. I now recognize that my drug abuse was just as bad and deadly as the junkie downtown. The decision to ask for help and enter teen drug treatment can be a very difficult one, but it is not nearly as difficult as trying to maintain a life of active addiction. In residential treatment, adolescents are given new tools to help deal with not only the acute problem of drug and alcohol abuse, but the underlying issues that drive them to use in the first place.

If you suspect your teen is struggling with teen prescription drug abuse don’t hesitate to contact us.