Testimonial From a Greatful Family 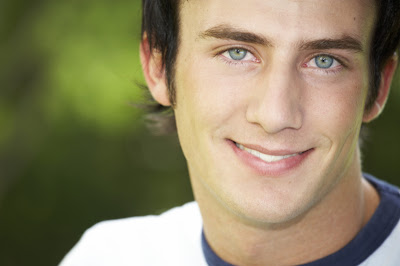 Craig graduated from Transitional Living in Tucson, Arizona on April 29. He entered the In Balance program immediately upon leaving Visions on June 22, 2008. The staff of Visions helped craig to lay a foundation upon which to build a life. He learned by working with Celeste and others that he had a right to a life, that he could be forgiven for his past and did not have to live the rest of his life defined by his failures. We learned, as a family, how to communicate with honesty. I learned how to let others take responsibility for their own decisions without trying to cushion the blow.

We sent Craig to Visions on February 15, 2008 with one prayer…that he would not die of a deliberate or accidental drug overdose. The road he was on surely lead to that end. The outcome for Craig has been so much more than we would have even dared hope for. He has been sober since he entered Visions. We would have liked to bring Mike home when he left Visions. I am so thankful that we listened to Celeste’s recommendation and had Craig continue in a structured recovery program. The staff at In Balance has helped him to build upon the foundation that was laid at Visions andcraig has begun to build a beautiful life for himself.

He has decided to stay in Tucson where he has a very strong support network of friends in recovery and an amazing sponsor. Craig is also sponsoring a young man in recovery, He will get his high school diploma on May 21 and plans to enroll at Pima Community College. He will begin working towards his associate’s degree in Social Work with a concentration in Chemical Dependency Counseling this summer. He is on staff at In Balance’s Intensive Outpatient Program and at the In Balance Ranch, a therapeutic boarding school working part-time as an aide.

Of course Craig’s recovery and growth hasn’t been a constant upwards line. There have been periods where we all; Craig, his dad, and I took three steps forward and two steps backward. However, we have all continued on a path of recovery and growth. Each of us can say with certainty that, although we don’t know what lies ahead, we know how far we have come and we never want to go back again.

There are no words that can convey our gratitude for the fact that on February 15, 2008 a young man who seemed destined to self-destruct is now a young man with a purpose who is planning for his future with optimism and a desire to be of service to others!

As inadequate as the words are, thank you.