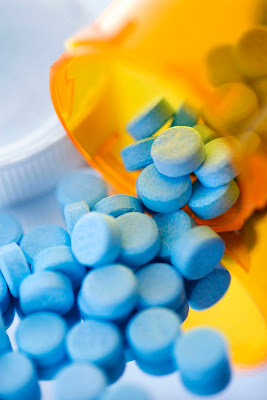 Hospitals across the country have reported a 65% increase in admissions for prescription drug overdoses in the last decade. It is now the second leading cause of accidental death in the United States. Teens are not left out of this unfortunate rise in numbers. Teen prescription drug abuse is surpassing marijuana abuse and the highly addictive, easily abused types of opiates and sedatives are exceedingly dangerous to teens.
This abuse may not be as easily detected by parents, as the telltale signs of marijuana abuse (red eyes, recognizable smell), cocaine (sniffling, racing speech, dilated pupils, straws, rolled up dollars) or heroin (track marks, foil, straws, burnt spoons or soda cans). Prescription drug abuse may be spotted through behavior, such as irritability, sleepiness, lack of appetite, or an increased demand for spending money. Tiny pupils often indicate opiate abuse, as does frequent nausea and other stomach problems.
Teen drug and alcohol treatment centers take prescription drug abuse very seriously. It is the largest growing threat to teens today, but fortunately, a solution is available. By addressing a teen’s whole self, the recovery process can begin. Through group and individual counseling, an isolated setting away from toxic environments and peer groups, and the love and support of clinicians and recovering peers, teens begin the process of changing. Recovery is possible, and it begins with asking for help. No family has to face teen drug and alcohol addiction alone.