Teen Ecstasy Abuse On The Rise 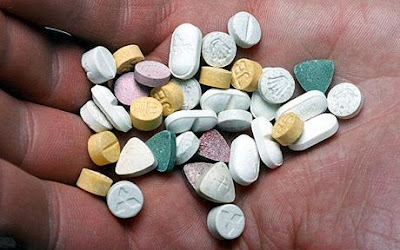 Ecstasy abuse has rose 75% from 2004 to 2008, says the Center for Disease Control and overdoses of the drug cluster around raves- all night dance parties where abuse of the drug is common, and often encouraged. Teen rave attendance and ecstasy abuse rose from 2008 to 2009 and teen perception of the drug’s risks fell during that time period.
Ecstasy overdoses usually cause overheating of the body, muscle breakdown, and kidney failure. The drug is often cut with other substances unknown to the user, such as cocaine, methamphetamine, or heroin, which can contribute to overdoses. Alcohol consumption can increase the toxicity of ecstasy. Many users overdose because they are impatient for the drug to take effect and take more. Also, raves are often very hot, which can contribute to hyperthermia. Ecstasy abuse in teens is a very big problem and teen drug rehab addresses all facets of teen ecstasy abuse through intensive inpatient and outpatient treatment. Proper intervention and drug treatment for teens can mean a completely different future for those struggling with ecstasy abuse.