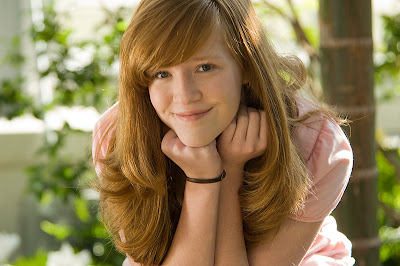 A long Swedish study has concluded that adolescent girls that come from families with parents that attended college and who do well in school themselves are often at greater risk than their peers for developing an adolescent eating disorder. Researchers speculate that the teenage girls may receive more pressure to live up to their families’ high levels of achievement and may have personalities that lend themselves to teen anorexia and bulimia, such as being perfectionists.

High achieving girls are at risk for teen eating disorders because of the immense pressure they tend to put on themselves, and from the perceived pressure they often feel from others. I did very well in school, and even though my family never made me feel pressure to be the best, I decided that they must expect it from me anyway. My warped sense of reality made me feel that the only validation that was worth anything was the validation I saw on paper when I could see my class ranking or GPA. I became increasingly competitive academically and increasingly self destructive in the process. The downside was that as I starved myself into being “perfect”, I lost the ability to focus in school. I was exhausted and unfocused because I never ate anything. The medication I abused helped me lose weight, but it didn’t help me feel better.

The idea of leaving school and going to adolescent treatment seemed like the end of my world. And it kind of was. It helped to end the terrible world I was trapped in and I came out on the other side a stronger person. I had to realign my priorities. No longer could I sacrifice my body and my health for an impossible dream of perfection. I learned to love myself for who I was- not the number on the scale or the grades on the paper. My adolescent eating disorder helped me translate my feelings into a tangible currency- food and weight. As I recovered, I had to learn how to identify feelings rather than translate them into the phrase, “I feel fat.” I quickly learned that fat is not a feeling. Sad is a feeling. Scared is a feeling. Happy is a feeling. Fat isn’t. With the help I received in teen treatment, I was able to find new ways to cope with the pressures of being a student. I learned to set boundaries, and how to take care of myself. Going into treatment was the end of my world. Of that world. whether I live in Santa Monica or San Diego my life today is free from the grip of anorexia. please contact us for adolescent anorexia treatment.