Smoking: From Cool to Fool 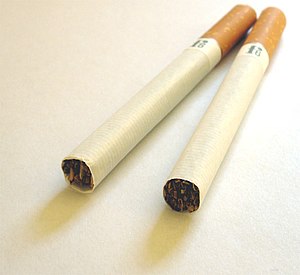 Remember when you thought smoking was a primary component in creating an idealized image of “coolness”? Well, for some, this ideology hasn’t ever changed, and when it comes to sobriety, it always seems to be the last to go. We often drink and use as a means to run from or disguise our feelings. In sobriety, smoking can take on a similar role, so the idea of quitting can seem like a daunting task. Unfortunately, the more you smoke, the harder it is to stop, and despite the knowledge that smoking can give you cancer, emphysema, heart disease, as well as possibly shorten your life by 10+ years, people still do it. Why? It’s simple: addiction.
Psychology Today poses an interesting question in response to Robert Downey Jr.’s relapse with cigarettes when they ask, “So, can you choose which addictions you relapse to?” I think not. The pure nature of addiction tells us an addict has lost their ability to choose once the drug or the drink has entered their body, so the same would apply with cigarettes. The interesting thing is, cigarettes, though frowned upon, are still a legal activity and one relatively accepted in society. The negative impact of smoking isn’t necessarily realized until years have gone by, which means the reality of the damage being done isn’t immediately relevant, and to an addict, “possible damage” doesn’t mean a lot. In fact, it breeds an “it can’t happen to me” mentality.
No matter what form of tobacco you ingest, be it cigarettes, pipes, smokeless tobacco, or hookahs, they all contain nicotine, and they’re all equally harmful. If you are a smoker and want to quit, you have loads of options. You can quit cold turkey,  attend Nicotine Anonymous meetings, which applies a 12-step approach, or use patches, gums, etc. The American Cancer Society also has tips on their site. Just don’t give up, even if it seems impossible. After all, quitting smoking is an act of kindness to YOU!