Signs of Anorexia or Bulimia, by an Anorexic/Bulimic 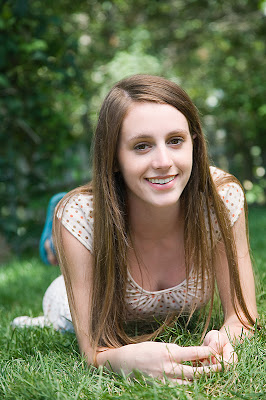 Signs of Anorexia or Bulimia, by an Anorexic/Bulimic

There are plenty of websites with useful lists of signs and symptoms of eating disorders, and I thought I’d add my own explanations or other versions of the symptoms- kind of like what I would have looked for if I was going to bust myself when I was an anorexic/bulimic teen.

· Wearing loose or baggy clothing either because of perceived weight gain or to hide weight loss.

· Taking a shower right after meal time. As soon as I was done with dinner with the family, I ran off to take a shower. I thought the sound of water running covered up the sound of vomiting and shampoo smells covered up vomit smells. Gross, I know.

· Strange food rituals such as pushing the food around on the plate, cutting food into tiny pieces, or making sure lips avoid contact with the fork when eating. I personally tore food apart into little pieces. I absolutely hated biting into anything. Food was unrecognizable on the plate when I was done. I still kind of do this. I also tended to pick apart food, eating only certain parts, such as only the cheese on pizza or only the carrots in soup. Don’t even get me started on what happened to burritos.

· A sudden switch to vegetarianism, veganism, or other restricted diet. This is not a definite sign but when combined with other behaviors it should be considered a red flag in my opinion. By switching to vegetarianism, I eliminated an entire food group and could be much more picky about the foods I ate.

· Frequent sore throats or swollen glands (from vomiting). My orthodontist was the only person that didn’t buy my line about my retainer giving me all of those ulcers in my mouth.

· Bloodshot eyes or watery eyes upon emerging from the bathroom. Also, check the toilet occasionally. Sometimes we miss a spot. Also, if your toilet is suddenly very clean, you may have a bulimic on your hands. And seriously, vomit smells. If you get it on your hand or in your hair (it totally happens), you will smell like vomit. Smelling like vomit means you probably just vomited.

· Reading about eating disorders. Sometimes those are the best places to get ideas.

· Bruised or callused knuckles. (Stomach acid will do that to you.)

· Visible restriction of food. Visible agitation when confronted with food.

· Reluctance to eat in front of people. Harsh criticism of others’ eating habits.

· Seems to have always “just eaten”. I liked to act like I had already eaten at school or at a friend’s house. If you never see your teen eat, they might not be eating.

· Rigid, perfectionist personality. Very small issues would set me off. Typically numb to large events like moving or people dying and hysterical when I got a “C” in class.

· Anger or defensiveness when confronted about eating issues. Visible irritation when “trapped” after a meal, such as at a restaurant or Thanksgiving with family.

These are just some of the behaviors I engaged in when I was active in my eating disorder. Recovery is a very difficult journey but I believe it is possible. It is not as black and white as not using drugs, but I make progress every day in continuing to develop a healthier relationship to food and weight. In our culture, that can be difficult, but fortunately I got my foundation in a safe and structured environment where I could begin the healing process.

If you suspect your teen is struggling with an eating disorder, don’t hesitate to contact us.