Self Harm and Dual Diagnosis Treatment 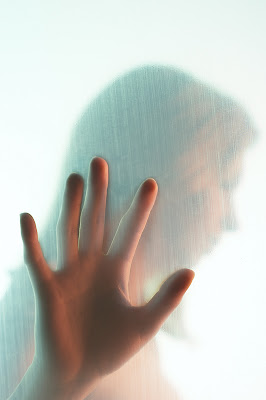 I was going through old journals the other day when I came across some truly sad entries about my inability to stop cutting myself. As I battled my various issues, new ones tended to pop up lack a game of whack-a-mole. I stopped using drugs? Bam! Here comes my eating disorder! I stopped puking after meals? Bam! It’s time for cutting! No more cutting? Bam! Drugs again! This cycle continued for what seemed like forever until I got my fully comprehensive treatment at Visions. It wasn’t until I recognized all manifestations of my addiction simultaneously that I began to recover in all areas of my life.

I think that my tendency to self-injure may have been the most baffling and insidious of all. Even today, when frustrations arise, my first impulse is to hurt myself- not to use drugs or eat a bunch of donuts. I used to get so angry and feelings would well up so hard and so fast that nothing else would calm me down. When my family tried to keep sharp things from me, I improvised. I was crafty. I could make weapons like I was raised in a prison. I wore long sleeves year round, decided to “bring back arm warmers!” and had insane excuses for what happened to my arms: I tripped while carrying a fish tank. I fell into a thorn patch while rollerblading. My friend has a really big, mean, OCD cat. There is also a strange habit I’ve noticed most of us cutters do- we tug on our sleeves. Constantly. It’s like nervous energy is just exploding out of us.

In adolescent treatment, they knew what I was about, and I couldn’t get away with any of my old tricks. I had to learn the most frustrating, boring, but eventually worthwhile solution: sitting on my hands. Everyone always says, “The feeling will pass,” or “Just walk through the feeling,” but what does that even mean? Sitting on my hands taught me how to sit through feelings. Where before I would have never tolerated the discomfort of a feeling, I began to learn how to just sit and feel. I hated it. I absolutely hated it. I would cry and pout, but when it was over- I hadn’t done it. That little victory led to more. I began to realize that just because I feel like doing something doesn’t mean I have to do it, and I began to use my little victories as ammunition against the voice in my head that told me cutting or using or puking was the only solution. Anger management and art therapy gave me new ways to deal with my feelings, but sometimes, I just had to sit there. And it got better. It may be hard to see the light at the end of the tunnel, but breaking the cycle of self abuse is possible.

Contact us for self harm and dual diagnosis adolescent treatment