Prescription drugs are one of the easiest drugs to obtain. 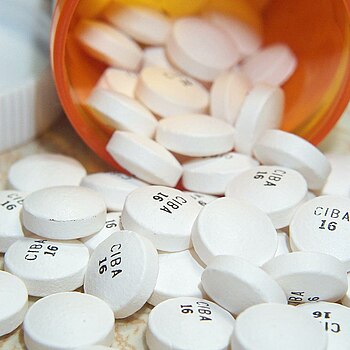 Often times, it’s as simple as going into the medicine cabinet at home, at a neighbor’s house, a friend’s house or a family member’s home. This ease of accessibility coupled with the curiosity and natural rebelliousness of teenagers is a recipe for experimentation, sneakiness, and even mimicry of parental actions.

Some kids start using prescription drugs because they are trying to inappropriately cope with their stress or anxiety; some use it to try to get an “in” with a certain crowd. There are those, too, who have been prescribed a medication for one thing, notice a “benefit” for something else (like more focus on a test), and begin misusing it or sharing it with their friends.

According to the Office of National Drug Control Policy, more than 71, 000 children ages 18 and under are seen in the ER for unintentional overdoses of prescription and over-the-counter drugs.

Parents need to take preventative actions with all of their medications. Do you safely dispose of unused medications? Or do they reside in the dark corners of your medicine cabinet, collecting dust on their exhausted expiration dates?  Are they loosely out on a counter or tabletop which is easily accessible? Now is the time to batten down the hatches, so to speak, and take some preventative measures.  Our kids watch us all the time; they learn from our actions and reactions, and they often mimic us so it behooves us to behave in a way that we would like to see our children behave.  Trust me, seeing my son say something sarcastic and realizing he’s just mimicking me is mortifying, and that’s just sarcasm! Kids will try anything on, and if taking a lot of medications is part of your habitual behavior, they will try that on too.

Prescription drugs are being hailed as the new gateway drug.

More often than not, one begins with prescription opiates and ends up using and abusing street drugs. The reality is, once the medicine cabinets are depleted and the sheer cost of Oxycontin, Vicodin, etc., becomes prohibitive, the path inevitably darkens.

Stay aware. Tap into the multitude of resources like SAMHSA, Partnership for a DrugFree America, and the Medicine Abuse Project for more information and free pamphlets. If you suspect your child is abusing prescription drugs or any drugs, seek help.

Resources for this blog:

Educate Before You Medicate