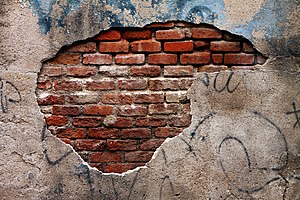 Even as someone in recovery from self-harming behavior, the statistics regarding who and how many continue to self-harm still hits home. A recent study by Dr. Paul Moran at the Institute of Psychiatry at King’s College at the Murdoch Children’s Research Institute, Melbourne, found that “1 in 12 young people self-harm as adolescents, with the balance skewed toward girls.” Moran’s study followed a group of “young people from Victoria, Australia, from adolescence (14-15 years old) to young adulthood (28-29 years old) between 1992 and 2008.” According to the study, out of the 1802 participants responding to the adolescent phase, 149 (8%) reported self-harm. More girls (10%) than boys (6%) reported self-harm, which translates to a 60% increased risk of self-harm for girls compared to boys.1 Self-cutting/burning was the most common type of self-harming behavior seen in adolescents, but other forms of self-harm include self-battery, poisoning and overdose. Additional findings in Dr. Moran’s study show that self-harm was also associated with “antisocial behavior, high-risk alcohol use, cannabis use, and cigarette smoking,” but that “most adolescent self-harming behavior resolves itself spontaneously.”

Self-harming behaviors are often symptomatic of anxiety and depression, acting as a salve to those otherwise unable to feel or process their feelings in a more skillful way. It is, in many ways, an effort by the one self-harming to regulate their mood and can also act as a kind of emotional steam valve for difficult emotions or even as a means of self–punishment. Regardless, self-harming behaviors indicate mental-health issues that do need to be addressed. No one self-harms out of pride or because they’re happy about something. The truth is, there is a lot of shame associated with self-injurious behaviors.

Still, there continues to be a high risk for suicide completion in those who have a history of self-harming, particularly those who continue to do it into adulthood. When addressing this, we must remember that it’s not usually a self-aggrandizing act, but rather something one does in a poor attempt to feel better, or to simply feel something. The rate of suicide rates are sobering: according to this significant report from the World Health Organization, almost a million people die from suicide each year, giving a mortality rate of 16 per 100,000, or one death every 40 seconds. In the last 45 years, suicide rates have increased by 60 percent worldwide. And according to the CDC, “suicide rates are among the 10 leading causes of death in the US.”2

More often than not, you won’t see signs of self-harm, because typically, injuries are inflicted in places easily hidden by sleeves or other articles of clothing. Still, if you’re worried about your child, make an effort to show concern and get them some help. Keep in mind, if your parenting style has been of the lecturing or authoritarian type, or the particularly reactive type, this may be a good time to use a different tactic. Someone who’s suffering in this way will only shut down when faced with an impending firm, albeit worried, lecture. If your child shows signs of stress, anxiety, or begins isolating more than usual, it’s likely that trouble may be brewing. Worrying aside, your kids need to know you are there for them, no matter what.