Methamphetamine and Fruit Flies: An Interesting Pathway to Scientific Discovery 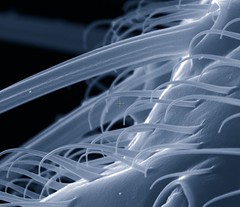 I was interested to discover a new study on the global effects methamphetamine has on the body. Rather than merely studying the effects the drug has on the brain, these scientists went further and began tracking the molecular changes that occur in the body as a whole. Using fruit flies as his medium, University of Illinois entomology professor Barry Pittendrigh guided  his scientific team of researchers down this new path of discovery.  Their findings are remarkable. Science has already shown us how methamphetamine causes significant brain inflammation while also creating  damage similar to dementia. We are familiar with the dopamine reaction our body has when methamphetamine is introduced, and how it encourages extra dopamine production, which in turn increases our sense of pleasure. With this new study, we discover the real effect the drug has on the body’s cellular structure. It’s fascinating.

Pittendrigh refers to methamphetamine as a “perfect storm toxin because it does so much damage to so many different tissues in the body.” They’ve discovered that meth exposure “influenced molecular pathways associated with energy generation, sugar metabolism, sperm cell formation, cell structure, hormones, skeletal muscle and cardiac muscles.” I was interested to also read that sugar has a “direct impact on reducing the toxicity of meth,” which might explain the intense sugar cravings found in so many meth users.

Do you really need more reasons why methamphetamine is dangerous? Our bodies can only withstand so much, and when we start recklessly manipulating our internal structures, we have the potentiality to create untenable damage.