Is My Teen Using Drugs? 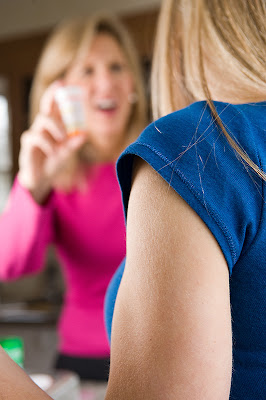 Is My Teen Using Drugs?

Some signs of teen drug use may look exactly like a teen being a teen- mood swings, changes in sleep patterns, irritability- but multiple factors may indicate a drug problem. Here are some of the signs that eventually gave me away when I was using drugs and alcohol as an adolescent:
Secrecy. Most of my behaviors stemmed from a stronger and stronger need for secrecy. While most teens want privacy, teens who are using drugs seem to often take this to the extreme. My friends and I thought we were very clever, talking in code on the phone or online, and creating elaborate systems to hide drugs. Part of the fun of drug use for me was the ritual of secrecy: hiding the drugs/paraphernalia, doing the drugs without getting caught, and covering up the smells and effects. I became more secretive about who I was hanging out with too. I stopped hanging out with my long time friends and started hanging out with kids that used. I didn’t want my parents to meet them or have any part of my new life. I was fiercely protective of my new world.
The funny thing about teens with drug problems is that we often do things that give ourselves away, despite our claims of wanting privacy. It didn’t make sense that I thought I wanted to keep my drug use a secret, yet drew pot leaves on my shoes and backpack. The thing I’ve noticed with drug addicts is that if we think we are being clever about something, we often want someone to know about it. I am surprised at how long it took before anyone noticed I was using. My clothes began to reflect my lifestyle. I took less pride in my appearance. I wanted my peers to know I used. I left a lighter out. To cover up the smell of pot smoke, I kept dryer sheets stuffed in a toilet paper roll. I burned incense. I frequently burned my thumb or had black marks on my hands from a pipe. I kept Visine in my pocket. I blamed my behavior and appearance on being tired, having allergies, or having food poisoning. The more I used and the more I tried to keep my using a secret, the more apparent my drug use became. I couldn’t remember the series of lies I told each day. My parents caught me in a lie every day. I could rarely account for my whereabouts and when challenged, would get really angry and defensive. Finally, my parents convinced me to submit to a drug test. It was a very long and painful night for all of us. I was furious because I felt that my world had fallen apart, and they were so scared for me.
After adolescent Drug Treatment, my appearance calmed down quite a bit. I stopped being so secretive about my friends and my plans because I didn’t have anything to hide. My relationship with my family improved greatly because I wasn’t lying and sneaking around. It took a long time to regain my parents trust after treatment. I learned that I couldn’t tell them to trust me, I had to show them I could be trusted. I had to be patient. Again, just as when I was using, actions speak louder than words.