I’ll Take my Anonymity, With a Side of Humility 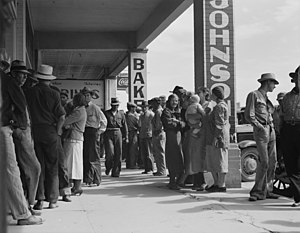 A recent NY Times article written by David Colman triggered a firestorm of responses by “challenging the second A in AA.” In fact, he disregards his own anonymity by beginning his own piece with, “I’m Dave, and I’m an alcoholic.” Colman says, “More and more, anonymity is seeming like an anachronistic vestige of the Great Depression, when A.A. got its start and when alcoholism was seen as not just a weakness but a disgrace.” He also brings up the vast range of celebrities who’ve used their recovery stories as fodder for books or albums, clearly stating their involvement in 12-step programs, and as a result, violating the 11th Tradition, which states, “Our public relations policy is based on attraction rather than promotion; we need always maintain personal anonymity at the level of press, radio and films.”

Now, in the early days, being an alcoholic was certainly heavily stigmatized, and admission to being an alcoholic was tantamount to social death. Alcoholism was often aligned with humiliation and shame, and public disclosure of your newfound life wasn’t always met with acceptance. In fact, anonymity was key to their survival in the public sector. Without it, many risked losing their jobs and destroying their reputation.

Colman is right when he talks about our awareness of alcoholism being much different today than it was 75 years ago when the recovery industry wasn’t even a glimmer on the horizon. At that time, Alcoholics Anonymous was merely a blip on the undercover radar. It was an opportunity for the desperate and demoralized to find shelter from the shame and indecency brought about by their alcoholism. Frankly, that’s still the case, albeit much larger and much more accessible. There is something interminably safe about not having to be anyone or anything other than your first name. When I was getting sober many moons ago, I remember sitting in meetings amongst a celebrity or two. I’ll tell you what, it’s not the movie stars and musicians we admire sitting in those cold, folding chairs. Instead, they’re just some guy or gal trying to stay sober, one day at a time. Anonymity is what’s allowed them to do that, not public disclosure.

And let’s not forget the 12th tradition, which reminds us that anonymity is our spiritual foundation:

“Anonymity is the spiritual foundation of all our Traditions, ever reminding us to place principles before personalities.”

You know what that means? It means not using our recovery for profit. It means that our spiritual life depends upon that. It means that when our egos get involved, we are prone to come crashing down in a fiery blaze. Disclosure is often food for the ego, which will, in time, hinder our spiritual progress. Sobriety isn’t guaranteed:  Do you want to announce your relapse as publicly as you did your recovery? Most don’t. In fact, the more public you are in your sobriety, the more terrifying it is to come back. I’ve seen it too many times.

Regardless of the deluge of articles suggesting the removal of anonymity, I still believe it has extraordinary value. And while I may eradicate my personal anonymity in personal conversations or within these blogs, I do prefer its maintenance more often than not. I see how damaging it can be to AA when someone like Charlie Sheen gets up and spews venom our way. I see how damaging it is when Britney Spears or Lindsay Lohan makes their struggles with addiction public. Some of us just want to stay sober without the glitz and the glam. I don’t know about you, but my using days weren’t glamorous. Why should my sobriety be?

Challenging the Second “A” in A.A. (nytimes.com)

Should Alcoholics Have to Stay Anonymous? (healthland.time.com)