I Spent Christmas In Rehab 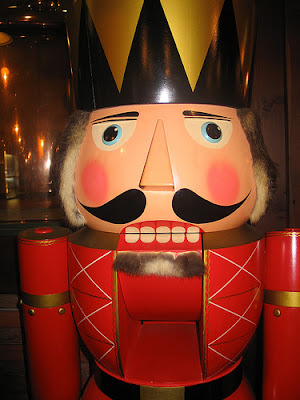 I remember one Christmas where I was so loaded that the nutcrackers started walking around during dinner and I couldn’t look up from my plate. Then there was that other year that I threw a tantrum and locked myself in the bathroom through dinner. Oh, and that other year where I nodded out for most of the day on prescription drugs and later threw up in the front yard. Ah, memories. It seems like the holidays tend to bring out the beast in active addicts, for one reason or another. My addiction really put a damper on the holidays for myself, and also for my family. It became a time that we all dreaded, rather than looked forward to.

Then one Christmas, I got sent to rehab. I wasn’t too excited to spend the holidays in rehab, as you can imagine, but at the time, it ended up being the best holiday my family or I had had in years. Instead of a car, or a pony, or a new iPod, I got the gift of recovery. Thumbs down, I thought. Totally lame. I didn’t want to do the crafts, I didn’t want to go to group, and I surely didn’t want to stop using drugs and alcohol, but as time went on, I began to change despite myself. The staff’s patience and love gave me the room and tools to find the best, truest version of myself. I’ve had some really good holidays in Jackson Hole, Wyoming since then, all thanks to that one year I got to go to rehab for Christmas.