How to Make Marijuana Brownies? 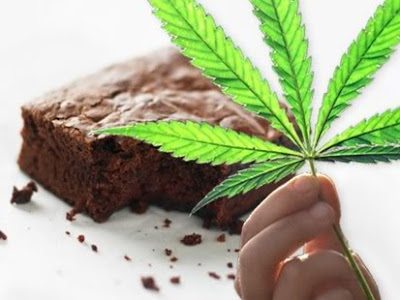 When a group of California pre-school teachers came down with nausea and tingly limbs after consuming some street bought brownies, Los Angeles health officials launched a full investigation. The cause? The brownies were laced with weed, leading the CDC to caution the nation that weed must now be considered “a potential contaminant during foodborne illness investigations.”
Yep, CDC, people put marijuana in food. It’s one of those ways people get high without a whole lot of evidence. There are entire cookbooks devoted to the cause of how to make marijuana brownies. I especially think teenagers are enticed by this novelty. With all of the talks about the legalization of marijuana, it’s important to remember that weed isn’t necessarily harmless. Like alcohol, marijuana can still be a devastating force in certain people’s lives- especially teenagers’. Getting clean at a young age sometimes made me question my drug use. Was it bad enough? I often thought that because I “just smoked weed,” that I wasn’t a real addict. The reality was that marijuana made my life truly unmanageable, and I couldn’t stop even when I wanted to. I truly felt like I would rather die than have to keep being a slave to using drugs. In teen drug treatment, I began to see that my addiction wasn’t about the substance, it was about the feelings behind my drug use. Today, I am free from using. I don’t have to use drugs and I certainly don’t have to worry about my brownies poisoning anyone. If you think your teen may be struggling with marijuana abuse, contact us today.