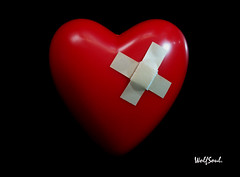 Father’s Day came and went, but I was struck by the aftermath of the day, nonetheless, when my son sat in the midst of his anger and disappointment after his own father didn’t show up for him. When my son said, “Not only did my dad not show up, he only spent 2 minutes with me on the phone,” I felt his deflation. I felt the letdown and longing for a father that would never be. And I had a visceral memory of what that was like. However, as a parent, my role isn’t to project my past onto my son’s present. Rather, my role is to hold space for him to feel and experience that which ails him, allowing his emotions to safely ride though his body. As a parent, I have to do my work on my own. Not via my son.

Father’s day, like Mother’s day, can elicit a varied set of emotions for our kids and for us as parents. They can range from untended loss, or expectations, abandonment, and deep grief rising internally around parents that were never available for us, be it physically or emotionally. When I first became acutely aware of this in my own life, I did what many of us do: I spiritually bypassed the situation and filled my time with practices of avoidance. At that time, my outsides appeared to be ok, but my inner voice remained devastated. The scary part is finding our voice amidst that loss. Sometimes it wobbles. Sometimes it screams. But it’s there, waiting to come out.

My son found his voice yesterday; he used it well. He leaned into his resources and shared his frustrations and sense of loss. He really discovered how available his step-dad is for him, finding grounding in the emotional presence and support that has been made available to him over the last 5 years. I had the honor of baring witness to such splendor.

Sometimes, we find ourselves grappling with the reality of having what we need but still wanting something we cannot have: my son wanting his father to be a dad but having a step-father who gives him everything he needs. On Father’s Day, we ventured to the beach, and when Joseph dried him off and kissed his head, my son giggled and said, “My dad would never do that.” It is in these moments where we hold space for that grief I was speaking of; here is where we can allow this young man the time to process the weight of his loss while reveling in the joy of the experience itself.

Parenting is a process and being a kid is a process. Somewhere, we meet in the middle, knees and hearts bruised along the way. But if I’ve learned anything, it’s this: our hearts have a tremendous capacity to heal. The heart, I know, is a muscle of great resilience. It can even open to the tumult of holidays, learning to forgive and/or navigate the foibles of clumsy parents and the awkwardness of adolescence.