E-Cigarettes: Harmless? We Think Not 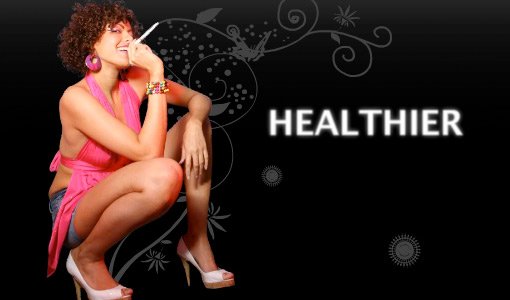 It turns out those some of those fancy electronic cigarettes are being used to deliver something more sinister than nicotine. The “e-cigs” I’m referring to are called “Trippy Sticks” or “iVapor” by those who alter their purpose. This is the latest trend: taking hash oil (or any intoxicant that can be gelled or liquefied) and injecting it into electronic cigarettes or “portable herbal vaporizers.” These “vape pens” as they are called, have no smell, no smoke, and their true contents are virtually undetectable.  Based on e-cigarette technology, users have found a way to inject hash oil into these devices in order to evaporate high levels of THC without having to burn it.  Unless the e-cigarette is tested, no one would ever know it contains something other than nicotine.

E-Cigarettes were introduced in the US market in 2007. They were initially marketed as an innocuous solution to help smokers stop smoking tobacco. They don’t, however, curb the addiction to nicotine. Rather than getting one’s nicotine from the tobacco in cigarettes, e-cigarettes deliver it through a smoke-free nicotine vapor. And because e-cigs don’t necessarily contain tobacco, they are not subjected to the same tobacco laws—at least, not yet. There aren’t any age restrictions when it comes to purchasing the devices, particularly if you are buying online. Flavored and unflavored e-cigarettes are marketed in a fun, intriguing way, luring in the young and impressionable, and selling themselves to consumers as “harmless.” In fact, non-smoking teens will often smoke the flavored, nicotine-free e-cigarettes, which primes them to eventually smoke the real thing. Some parents may be fooled into thinking that their kids aren’t actually “smoking” and buy the e-cigarettes in an attempt to take preventative action.

As we wait for scientists to study the negative effects of e-cigarettes, I am afraid that the fast-paced drug culture has already opened the door for their misuse. It’s troubling that these “Trippy Sticks” are undetectable and that their use is spreading like wild fire. More disturbing is how little research has been done at this point. Warnings haven’t been released, no major upsets have taken place, and no one is in the hospital. Yet. As is often the case, our kids see using something they see as harmless and fun, without considering the possible consequences.

E-cigarettes are NOT a safe solution to a bad habit. They are not harmless. They are not something to be encouraged or ignored. With technology everywhere, our teens have easy access to any information, good and bad, but so do we! As parents, it’s the sinister side we have to pay attention to. Technology is how our current and future generations communicate, share, create, and thrive. We have a responsibility to investigate the unknown, ask our own questions, and come out of the dark. Being a Luddite is no longer an excuse for “not knowing” or not understanding our kids; what we don’t know has the power to alienate us and make us disengaged parents. Investigate technology, be in the know, be transparent, ask questions, show real interest in your kids and their lives, and create and hold boundaries. Trippy Sticks are just another fish in the pond of designer drugs, and one way we can nip the new drugs in the bud is if we make them less interesting.