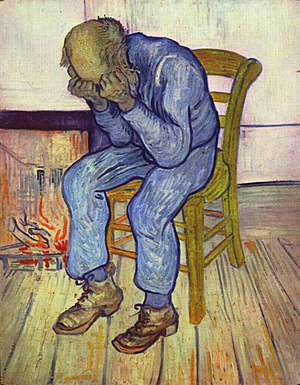 Depression affects teens as well as adults but is often missed partly because it can co-occur with the natural emotional ups and downs that are part and parcel to being a teenager. Simply put, growing up is a naturally stressful process, and that’s without any external conflicts acting as a contributing factor! The other organically occurring components fostering an environment for adolescent depression are things like hormones, and conflict with parents. When we include disturbing events like a breakup, death of a friend or relative, or difficulty at school, one’s susceptibility to depression increases.

Adolescence is a time for expressing independence, which sometimes means drawing a firm line in the sand with one’s parents in order to create autonomy. On occasion, those efforts can create a snag in parent/child communication. Puberty is inherent to the organic and experiential part of being human. It also means there is going to be infallibility and imperfection. Sometimes, as parents, we forget what it was like and spend too much time reacting and taking things personally and not enough time taking action. Think of it this way: if a teen is suffering from depression, they more than likely won’t tell you. In fact, they may be surreptitiously hoping that you take notice, because talking about it might be too scary or embarrassing.

According to the National Comorbidity Survey-Adolescent Supplement (NCS-A) via the National Institute of Mental Health (NIMH): “About 11% of adolescents have a depressive disorder by age 18. Girls are more likely than boys to experience depression. The risk for depression increased as a child gets older.” And according to the World Health Organization (WHO), “Major depressive disorder is the leading cause of disability among Americans age 15-44.” Further, the NIMH site notes that since childhood behaviors vary from one childhood stage to another, “it can be difficult to tell whether a child who shows changes in behavior is just going through a temporary ‘phase’ or is suffering from depression.

Since symptoms of adolescent depression differ slightly than those of an adult, it’s important to pay attention to any idiosyncrasies that may occur (sans getting over-analytical and paranoid). A child who’s depressed may complain of being sick, they may suddenly become excessively clingy, and they may often refuse to go to school; A teen, on the other hand, may sulk, get in trouble at school, be an overall grump, and feel a general sense of being misunderstood.

Symptoms of depression can include some or all of these factors:

Sometimes a person’s behavior may change, or there may be problems at home or school without any symptoms of depression:

If you notice any of these behaviors lasting for more than two weeks, it’s time to seek help, particularly if these behaviors are beyond the normative rollercoaster ride consistent with adolescence.

For additional information and for documentation of sources for this article: