Cocaine Contributed To The Death Of Billy Mays! 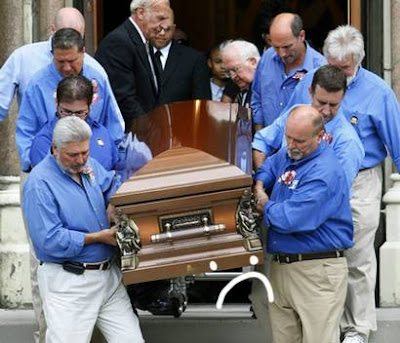 It has been found that cocaine use was a factor in the death of Billy Mays, spokesman for products such as OxiClean and Orange Glo. The medical examiner concluded that cocaine use was a factor in the development of his heart disease, which made it a factor in his death. The pitchman also had therapeutic levels of Xanax, Valium, hydrocodone and oxycodone. I never realized that cocaine can contribute to heart disease, but CNN reports that cocaine, a stimulant, raises blood pressure which can thicken the wall of the left ventricle in the heart.
It is truly unfortunate when anyone meets their end at the hands of drugs and alcohol, but celebrity drug-related deaths can help draw attention to the fact that addiction doesn’t discriminate. Drugs are a harmful force that can ruin lives, young and old. Drugs like cocaine and prescription pills can be very difficult to stop on one’s own. Visions Adolescent Treatment Center recognizes the seriousness of teenage drug abuse, and offers an all-encompassing program to treat all aspects of addiction, from the roots of the problem to the aftermath, such as damaged family relationships and academic performance. It makes me sad any time anyone dies unnecessarily from drug abuse, because we don’t have to be alone anymore. Help exists. Getting clean young provides a whole lifetime of continued freedom.