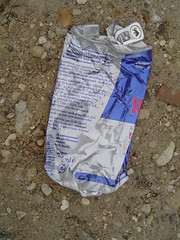 Mixing alcohol and energy drinks continues to bedevil scientists and clinical professionals, while continuing to intrigue and seduce young revelers, creating an illusion of false security. As I’ve said in the past, mixing the two just makes for a wide-awake drunk. It doesn’t actually make your intoxication less viable nor does it lesson its behavioral impact. If anything, it makes things more dangerous and encourages reckless behavior. With the additional stimulation (remember, alcohol initially presents as a stimulant), one can’t accurately intuit how drunk they actually are. And when you add caffeine to the mix, your body misses the cue to stop (sleepiness, et cetera). The results of a new study published in Alcoholism: Clinical & Experimental Research confirm this: Cecile Marczinkski, a Northern Kentucky University psychologist “found that combining energy drinks such as Red Bull with vodka or other liquors effectively removes any built-in checks your body has for overindulging.”

Marczinkski also talks about the fact that there are other stimulating ingredients aside from caffeine added to these drinks which may be a contributing factor.  When she compared data from those who drank beverages with caffeine vs. alcoholic energy drinks, Marczinkski’s findings showed the alcoholic energy drinks “resulted in far greater alertness than the caffeine alone.” So, maybe caffeine isn’t the sole offender, but it’s certainly a negative factor in this ongoing issue.

We talk about this–a lot: We read tons of studies about mixing energy drinks and alcohol; we read news reports of tragedies directly associated with this subject (anyone remember Four-Loko?). And yet, more and more kids continue to mix the two, incurring more potential instances of erraticism and instability fueled by ill-perceived invincibility. The bottom line is, adding a caffeine/sugar boost to your drink won’t make it safer for you to drive, it won’t increase positive decision-making capabilities, and it won’t make you more fun to hang out with. It’s yet another bad idea harvested on the path of addiction.