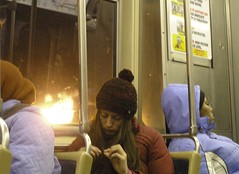 Trichotillomania (TTM) is a type of body-focused repetitive behavior (BFRB) specifically characterized by impulsive pulling out of one’s hair from the scalp, eyebrows, eyelashes, or elsewhere on the body. According to the DSM-IV of the American Psychiatric Association, TTM must meet the following five criteria:

Though this criteria is useful, there is some debate within the clinical and scientific communities about whether or not all five of these criteria are present in every case. Since there are many who suffer from debilitating hair pulling behaviors but don’t meet all of these criteria, efficient and effective treatment is still paramount to one’s health and well-being.

Signs and symptoms of Trichotillomania often include:

Onychophagia (nail-biting) and Dermatillomania (skin-picking) are other BFRBs but are characterized by compulsive skin picking and nail biting. Nail-biting is the most common of “nervous habit.” I’m not talking about the occasional cuticle or hangnail, or the occasional blemish that someone may pick or squeeze. Instead, someone who suffers from onychophagia picks or bites their nails or skin until they bleed, finding themselves using Band-Aids like accessories. As those suffering from TTM will wear hats to cover bald spots and the like, nail-biters will keep their hands in their pockets, sit on them, wear gloves or those Band-Aids I mentioned. Those who excessively pick at the skin on their faces will try to cover up with makeup or when things get really bad, go so far as to stay inside and isolate. I mention these two together, because they often make intermittent appearances in the same individual.

BFRBs have been linked to obsessive-compulsive disorder (OCD). They can sometimes be linked to a sign of emotional or psychological disorders. They are all compulsive disorders, but their manifestations have varying presentations: For some, the picking or pulling will occur during sedentary activities like watching TV, reading, driving or being a passenger in a car, talking on the phone, sitting in class, or sitting at a computer or a desk. At times, there might be focused intent which drives the behavior–for example, planning on picking or pulling at an area as soon as one arrives home. At other times, it’s happens without conscious awareness, and the individual only realizes they’ve picked or pulled when they see the resulting pile of hair, open scabs or bleeding fingers.

This can feel overwhelming, but there is help. For starters, you have to say something to someone and let them know you’re suffering.  Your doctor and/or therapist will then work with you and help you redirect the negative behaviors and create new, innocuous behaviors.

The following therapeutic modalities are typically used to treat BFRB:

(Sometimes, elements from some or all of the aforementioned modalities are used to meet the BFRB client’s needs.):

Alternative therapies are also used, but are not as researched or predictable in terms of their success.

Support groups can provide a wonderful place for fellowship and to create positive social reinforcements.

Keep in mind, What works for one person may not work for another. The key will be in finding the treatments that do work and committing to them. Nothing is impossible, but everything takes effort. Feeling better is worth your treatment endeavors.

For more info, check out: