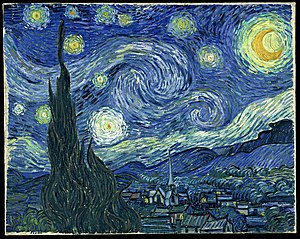 Bipolar disorder isn’t soley an issue for the adult population—it affects children and teens as well.
Bipolar disorder is a mental illness categorized by its behavioral and mental extremes. Often called “manic depression,” this illness is clearly defined by its moods. Typically recognized as the manic stage, the sufferer may be elated or intensely “up,” even hyper. The flip side of this is the depressive stage, identified by its extreme lows, deep sadness, physical ailments, and for some, suicidal ideation.
According to NIMH, several factors may contribute to this mental illness:
Since the causes aren’t concretely defined, scientists continue to do research, seeking more definitive answers in hopes of finding viable solutions, including a possible means of prevention.

These mood episodes can last a week or even two and are heavy in their intensity.  NIMHhas provided a listof symptoms from the two phases of bipolar disorder. Keep in mind, these symptoms are determined by their intensity and are not to be confused with the natural ups and downs of childhood emotional development.

Children and teens having a manic episode may:
Children and teens having a depressive episode may:
Bipolar disorder is difficult to diagnose in children because symptoms often mirror other issues, for example: ADHD, conduct disorder, or alcohol and drug abuse issues. Bipolar disorder can, however, occur alongside these other issues, so it’s important to see a professional skilled in recognizing the affectations of various mental health disorders. Treatment for bipolar disorder requires the use of medication, but because the effectiveness in children isn’t as well researched, it’s wise to take note that children may respond differently to medications than adults. NIMH recommends children and adolescents take the “fewest number and smallest amounts of medication possible to help their symptoms,” additionally noting the danger in stopping any medication without the advice of a physician.
Pay attention to any side effects, and immediately tell the treating physician if you recognize new behaviors. Remember: the treatment for bipolar disorder is based upon the effective treatment of adults, which typically applies the use of mood stabilizers like lithium and/or valproate to control symptoms of mania and act as a preventative to the recurrence of depressive episodes.  Still, treatment of children and adults is still being researched. At this time, “NIMH is attempting to fill the current gaps intreatment knowledge with carefully designed studies involving children andadolescents with bipolar disorder.”  Further, scientists continue to perform studies looking at different types of psychotherapy, which would support the pharmaceutical treatment used in children and teens.
Please see below for links to additional information (note, I also used some of these as reference for this article.)
1: https://www.nimh.nih.gov/health/publications/bipolar-disorder-in-children-and-teens-easy-to-read/index.shtml
2:  https://psychcentral.com/disorders/bipolarchild.htm
3: https://kidshealth.org/teen/your_mind/mental_health/bipolar.html#
4: https://www.webmd.com/bipolar-disorder/tc/bipolar-disorder-in-childhood-and-adolescence-topic-overview