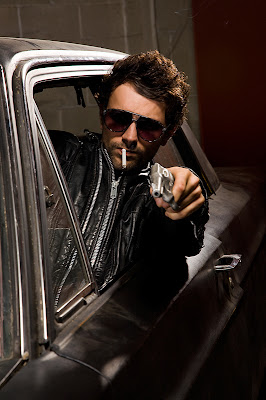 A new study by the UC Irvine has concluded that Anger Management may help smokers quit. The study showed that people with “angry dispositions” are more likely to start smoking and become addicted to nicotine, as nicotine produces a calming effect in the brain, and that anger provokes nicotine withdrawal and craving. As a recovering drug addict and nicotine addict, I can easily see how anger management tools helped me recover.
I didn’t think of myself as an angry person when I went into treatment. I didn’t lash out at people and I never got into fights. I was in fact fairly passive, but any time I got angry, I took it out on myself through self injury, using drugs, or just letting it brew into a nice, deep, depression. It was a scary thing for me to learn how to get angry. I was afraid of losing control. I didn’t understand why my counselors thought that this timid person should have to be counseled on anger issues. I began to learn that my anger and the destructive ways I dealt with it (or didn’t deal with it) were at the root of my problem. In anger management therapy, I learned how to most practically apply all of the things I learned in treatment. It was the way I learned to apply steps one two and three in the moment. I learned a lot of things in treatment, but whenever I got angry was when I had to road-test my new tools. Instead of reaching outward for a drink, a drug, a razor blade, or food, I learned how to reach for the new tools I had begun to develop. Anger management therapy doesn’t mean I will never get angry again, it just means that my anger doesn’t have to be a destructive force in my life anymore.