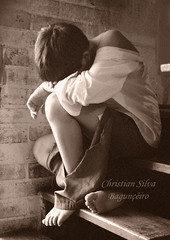 A new CASA (The National Center on Addiction and Substance Abuse) report on adolescent substance abuse hit the wires today. Their findings were disheartening, stating, “Adolescent substance abuse is America’s #1 health problem.” The report studied smoking, drinking, the misuse of prescription drugs, and illicit drugs. CASA also delved into the science of addiction itself, identifying it as a “complex brain disease with origins in adolescence,” and going on to document how “adolescence is the critical period for the initiation of substance use.” They not only looked at the drugs being used or the age of the user, but at American culture itself—for example, the way the media romanticizes the use of alcohol in its advertising.

Here are some highlights from their report:

The ads we see plastered on enormous billboards on the busiest corners in Los Angeles are there to intrigue us. They aren’t just selling a beer, or some whiskey, they’re selling a lifestyle: one that’s full of handsome men and gorgeous women, all ready and willing to party at will. Life looks perfect in those ads, but we all know it is anything but perfect. It sure can seem alluring, though, particularly when we’re young, rebellious, and feeling the pressures of growing up and being “cool.” The intrigue is also directly fueled by the current generation’s perpetually perceived boredom, which stems from our culture of instant gratification. In our current climate, drugs and alcohol are culturally accepted: we have medical marijuana and a pill for every problem.

Our brains are vulnerable in adolescence and at the height of development. In fact, they aren’t fully developed until we’re around 25! As we spoke about in our recent post, once we begin indulging in the use of mind-altering substances, we are essentially performing science experiments on ourselves.

Susan Foster, senior investigator of the study, notes: “By recognizing this as a health problem and respondingto it, we can actually make the difference by improving the life prospects ofteens and saving costs in society.”  This brings us back to what I always say, get involved and start talking to your kids! Teens are under an inordinate amount of pressure: school, peers, hormones, et cetera. At some point, we have to start looking at how those we love are actually managing such an incredible stress load. I once heard a therapist say, “Little people, little problems; big people, big problems.” She was specifically talking about the value in addressing issues when they begin rather than waiting things explode. When we’re trying to preserve and heal family dynamics, it’s far less challenging to deal with an angry 8-year-old than a drug-addicted teen.

Study: Drug Addiction Among Teens On The Rise (newyork.cbslocal.com)