Alcohol: Worse Than Heroin and Crack 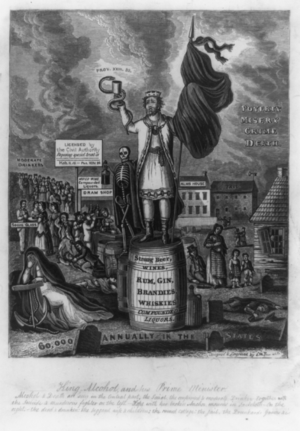 Alcohol is worse than heroin and crack, according to a new study published by the British medical journal, The Lancet.  A panel of experts examined various emotional, social, physical, and psychological problems caused by a variety of drugs, and they determined that alcohol was the most harmful overall. The study used a new scale to assess damage caused by and the overall harmfulness of 20 drugs; using that scale, alcohol received a score of 72 on a scale of 100, according to the study. CNN reports the study’s findings that “Heroin, crack cocaine and methamphetamine were the most harmful drugs to individuals, while alcohol, heroin and crack cocaine were the most harmful to others.”
Aside from the physical harm alcohol does to one on a micro level, it also paves a path of destruction on a macro level, carrying with it the repercussions from drunk driving and other catastrophic social behaviors, which can have severe consequences. It brings to mind the similar issue we have regarding smoking, wherein the abused substance is legal, and therefore isn’t stigmatized in the same manner as heroin or crack cocaine might be. However, the one thing that really sets alcohol apart is this: there seems to be a recognized level of “safety” regarding having a drink, whereas that same level of safety doesn’t exist for other drugs, including nicotine. In a sense, this adds fodder to the findings regarding alcohol: with a level of safety, one also has a built-in excuse. With that excuse comes denial, thus the pattern of potential addiction forms. It’s easier to believe you’re “fine” if you have one too many drinks, because you bought your intoxicant legally, and because it’s an accepted social norm. According to addiction expert Dr. Jeffrey Parsons, chair of the psychology department at Hunter College, “Alcohol dependance tends to be masked more often than dependence upon other drugs. With alcohol, someone can feel like a law abiding citizen despite the fact that they are abusing a drug.”