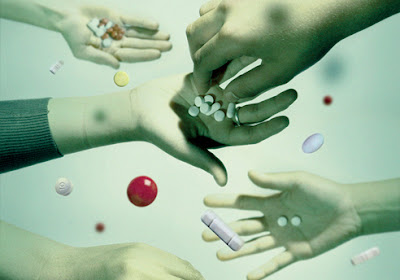 Just about anyone you talk to knows someone who has been diagnosed with ADHD. It makes you wonder how many people out there have it, but haven’t been diagnosed. I know that I have some of the textbook symptoms (ooh, look outside, the wind is blowing!). Recent research indicates that ADHD afflicts between eight and twelve percent of children and four percent of adults worldwide (August 27, 2009, Medscape Medical News). With an increase in diagnoses of ADHD there are increased prescriptions to treat ADHD. And yes, you guessed it; with increased prescriptions there are more cases of prescription-drug-abuse.

Prescription drug abuse as a whole is on the rise. It’s not surprising that ADHD meds, some of which are stimulant-based, are some of the most commonly abused. The same article from Medscape Medical News reported that 20-30% with a substance abuse diagnosis also have an ADHD diagnosis. It makes sense that adolescents with addictive traits would abuse their ADHD meds.

Teens are misusing their prescriptions in different ways. They take more than the indicated dose and many crush the pills up and snort them because that disables the time- release component in the pill. Some kids “cheek” or horde their meds for later use if their parents or a medical professional monitors their dose. Others trade their pills for other drugs, such as marijuana or cocaine. There are many stimulant-based meds for the treatment of ADHD out there, some of which are: Adderal, vivance, Dexadrine, Ritalin, and Concerta. Some psychiatrists prescribe Strattera as an alternative for teens that are prone to stimulant abuse.