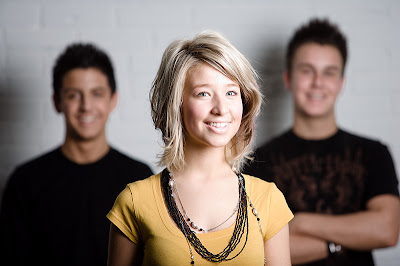 A recently published article in the journal, Addiction, reports on 12-step affiliation and recovery outcomes for adolescents. As little is known about adolescents and 12-step affiliation, the study sought to observe the recovery outcomes of 357 13-18 year olds who attended substance abuse treatment in Northern California and San Francisco. The study measured the teens’ success based on drug and alcohol use, 12-step meeting attendance, and other forms of social or religious support. The study concluded that at one year past treatment, 12-step meeting attendance was marginally significant, and that at three years, the relationship between continued sobriety and 12-step affiliation was strong. The study concluded that 12-step affiliation was important in maintaining long term sobriety.

In treatment I was introduced to 12-step programs such as AA and NA. We used the 12-steps to address issues inside of treatment and I also began to work the steps with my sponsor. I soon learned that there was a difference between treatment and recovery, and that the responsibility of my sobriety fell on my shoulders when I left treatment. In treatment, I learned that I have a choice in what I choose to do with my sobriety. I have chosen to remain actively vigilant in preserving and developing the recovery that I have worked so hard on. 12-step meeting attendance has greatly enhanced my life, as I have found a group of like-minded individuals who support me and who are trying to become better people themselves. I am accountable to my support group and an example to those newer than me. It is a great feeling, to be a part of something that saved my life, and to have a chance to help someone else. I never thought about helping other people when I was using, and being an active member of the 12-step community has led me to think of others and to consider how my actions affect other people. Treatment helped me deal with the acute problem that was my active addiction, and provided me with tools so that I was able to leave treatment and practice maintenance myself.