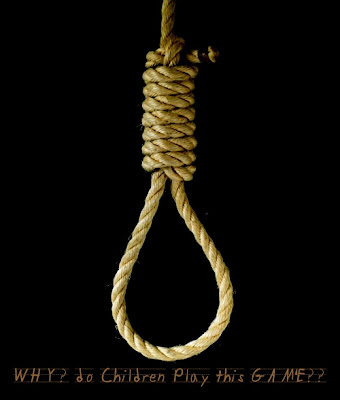 The Choking Game: Unveiling the Adolescent ‘Game’ of Self-Asphyxiation

Generations of adolescents have been participating in the “game” of self-asphyxiation. Often referred to as the “Good Kids Game” due to its drug-free nature, detection tends to be unlikely until it is too late. A 12-year-old recently died in Santa Monica after being on life support and spending two days in a coma.1 The growing concern is bolstered by the “new sexy name and its implication of a casual, flirtatious relationship with death.”2 The intrigue of doing something dangerous is seductive, particularly to teens, who are, by nature, risk-takers.

The choking game refers to the act of “Intentionally cutting off oxygen to the brain with the goal of inducing euphoria,”3 which results in cerebral hypoxia (oxygen deprivation to the brain). According to G.A.S.P., a non-profit support site for victims of this activity and their parents, this game is played mostly by “boys and girls between 9-16 years old” who are generally “high achieving in academics, activities and sports, and don’t want to get risk getting caught with drugs or alcohol.”4 Additionally, the growing practice of using accoutrements such as ropes and belts has dramatically increased the the deadliness of the act.

Some kids may even start by holding their breath for long periods of time, just to see if they can make themselves “pass out.” What may first appear as a breath-holding contest, however, could be the beginning stages of participating in this deadly game. Rather than getting angry, use this discovery as an opportunity to talk to your child. Our fear can drive us to panic and propel us to come from a place of anger, but if we let our kids know that we are actually concerned for their well-being, maybe they will be more willing accept our efforts to to guide them toward safer means of social experimentation.

Some of the warning signs to look for include:

References for this article: