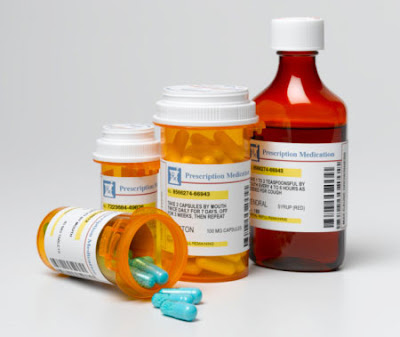 In a recent survey, forty percent of teens report that they can find marijuana within a day, and over two-thirds of those adolescents surveyed said that drugs are sold, kept, and used at their school. One in five teens say that they can get prescription drugs within an hour and that their own homes and friends are how they get them.
When I was abusing prescription drugs, I regularly went into my friend’s parents bathrooms and went through their medicine cabinets in Corpus Christi. I usually found something I wanted to abuse, like sedatives or painkillers. Medicine cabinets in the suburbs were like candy stores to me. No one seemed to suspect what my friends and I were up to until it was too late.
Prescription drug abuse is rapidly becoming the number one drug of choice for teens because of their widespread availability, lack of social stigma, and the misperception that pill forms of drugs aren’t as dangerous or addictive. One expert recommends having your child’s physician do a drug test at their yearly physical in order to determine drug abuse that may be going undetected. If you find that your teen is indeed abusing prescription drugs, teen drug rehab is an effective way of helping teens find ways to live clean and sober.
Because teens adapt so easily and become addicted so quickly, it is important to address the issue in a big way. I had to be removed from my old life in order to see just how bad it had actually become. Teen drug rehab gave me the space, time, and safety to deal with the issues that led me to use, and to find new ways to live free of drug use. It was hard admitting I was a drug addict at 16, but doing so has given me a whole life to be free, and I can be anything I want. I certainly didn’t have a future when I was using. Get a future contact teen drug and alcohol rehab.