Teen Drinking Amongst Girls on the Rise 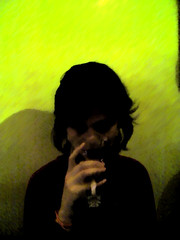 Newsweek just reported new data released from a Partnership for a Drug Free America, suggesting girls are not only drinking more than boys, but they’re drinking for more “serious reasons.”  While boys are reported to drink so they can relax socially, it appears girls are drinking to deal with issues at home and/or at school. Additionally, the media is marketing to young girls, making alcohol even more enticing.  According to Newsweek:

“For years, boys were the focus of underage-drinking  interventions, but for the past decade, researchers have seen a close in the gender gap, and the media have jumped on the news. Researchers speculate that more products devoted to making  drinking easier and tastier—the sugar-laden beverages known as alco-pops—are a factor. ‘There’s a whole new raft of products that have come out in the last 10 to 12 years that were oriented to young females,’ says David Jerigan, executive director of the Center on Alcohol Marketing and Youth. ‘Alcohol now gets sold to girls as a functional food: it gets sold with calorie information, a drink of fitness, a drink with health benefits.’”

According to Leslie Walsh, MD, Director of Adolescent Medicine at Seattle Children’s Hospital, girls tend to be “more attuned to their feelings,” and more inclined to internalize issues rather than reach out.  Research on the adolescent brain also shows girls developing an earlier sensitivity to emotional stress than their male counterparts. Makes sense, then, that they would reach for something like alcohol, which purportedly subdues stressors and makes that stress easier to manage. It’s hard for adolescents today: The economy has tanked, many are watching their parents struggle from lost or reduced income, leaving them wondering what their future may hold. At the same time, they’re bombarded with images selling everything from thinness to beauty to the latest technology, while also learning to navigate school, social pressures, and their roles in society. Of course their worlds become stressful and confusing–picking up a drink will only make the stress worse in the long run.
So, what are some of the healthy ways you manage yourstress? We would love to hear from you!