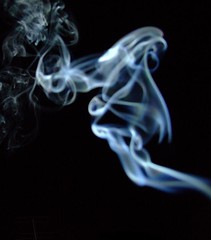 Sometimes marketed as incense or an herbal smoking blend, synthetic marijuana is readily available for teens via the internet and some drug paraphernalia shops.  Rather than banning the products themselves (Spice, K2, Blaze, and Red X Dawn), the FDA is seeking to ban the 5 chemicals used to create the herbal blends. The FDA wants to place the chemicals in the same category as heroin and cocaine, due to increased reports of  seizures, dependency of poison centers, hallucinations, hospitals, and law enforcement as a result of its use.

Synthetic or not, it’s still a drug, and it still has the potential to contribute to one’s addiction issues. Sprayed with psychotropic chemicals, this herbal and spice mixture is touted as providing users with an elevated, meditative state, similar to the effect found with marijuana use. However, instead of the alleged mellow effects sought by its users, the statistics show high reports of heightened blood pressure, high levels of anxiety, seizures, nausea, severe agitation, and hallucinations.  While more testing is needed, findings suggest this drug is effecting not only the cardiovascular system, but also the central nervous system of its users. In plain speak: it’s dangerous.

Are you worried your kid might be using? If so, you might want to look for dried herbs in unlikely places…their room, for instance, or their backpacks. What does a teen really want with something that looks like oregano, right? You can also look for some of these physical signs:

It’s good the FDA is taking a stance on this–between the ease of availability and the implication of harmlessness, we place our kids and ourselves at heightened risk for the long-term, negative effects of yet another drug.