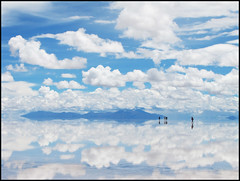 Spice, K2, Cloud Nine, Potpourri: call it what you will, it’s all the same: a legal, synthetic, psychotropic drug lurking at the counters of your local liquor store.  Some use these drugs once and walk away, disillusioned by the multitude of negative effects. The addiction-prone continue, disregarding the negative nuances, anxious to get high.  Addiction is funny that way: the bad never seems bad enough to stop.

Recently, 20/20 did an exposé on bath salts, K2, and Spice, exposing the dangers and widespread concern amidst parents and law enforcement officials. Our medical director, Dr. David Lewis, addressed some of the risks related to these substances, telling 20/20: “If you take a developing brain and you put a tremendously psychoactive substance in the middle of that, that developing brain, what you really have is a chemistry experiment.” Dr. Lewis is all too familiar with the negative consequences manifesting in kids who have been using these drugs, and like parents, he also worries about the ease with which one can purchase K2 and Spice. Lewis says, “These people sell the drugs to our kids, no matter what the consequences are.” When 20/20 sent in hidden cameras with underage kids, the truth of this was caught on tape. The retailers are in it for the buck. Show them the money, and they’ll sell you the drugs, regardless of the 18-and-over age restriction.

Unfortunately, this rampant, devil-may-care attitude is substantiated by Dan Francis, the Executive Director of The Retail Compliance Association, who says, “a ban is dangerous” because it “sends it underground.” He even questions the government, saying,” What is wrong with euphoria and what gave them the right to regulate it?” Nothing is wrong with euphoria if it’s obtained through non-harming activities like completing a marathon, or a 2-hour Ashtanga yoga class. But that’s not what’s happening here—instead shops are selling a chemical recipe for disaster. We essentially have kids purchasing substances that have the capability of eliciting a desire to self-harm or increase the potentiality of suicidal ideation. It would be irresponsible if we ignored it.

Synthetic pot can cause psychosis that can last for months, research shows (thenewstribune.com)