Self Respect Is An Imperative Quality (part 3) 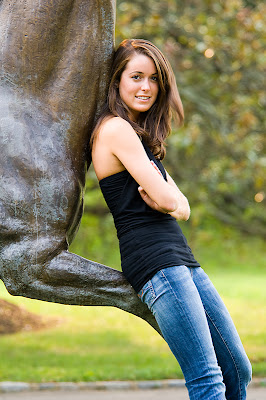 Self respect is an imperative quality; especially in these teenage years where self discoveries becomes the main focus of our lives. It has everything to do with self confidence and nothing to do with being arrogant. There may be a thin line between the two, but being confident ultimately leads to self respect. It is important to be proud of yourself. To know your boundaries because you can respect there are some adventures you would rather not embark on is a feature most people admire. Now I won’t claim that self respect is being true to your boundaries and your opinions even when they are to an extreme. Most of the time, I look at people who claim they are perfectly fine with their promiscuous sexuality or risky behaviors and assume they are trying to conceal the fact that somewhere deep down, they are not quite sure what they are doing. There are exceptions, but they are hard to find. The truth is it is very easy for outside viewers to see through false self respect, so it is much better to make sure the picture you portray is realistic. Self respect is not a misdeed; it does not make you less likable, it actually has quite the opposite effect.