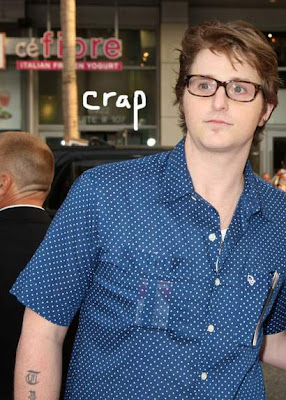 Michael Douglas’ son, Cameron, pleaded guilty on Wednesday to dealing mass quantities of meth and cocaine last year while holed up at the posh Hotel Gansevoort.

Cameron told the judge that after a New York City contact asked him to supply the drugs in 2006, he began supplying on a regular basis. And when asked by a judge if he knew what he was doing was wrong, he said, “Yes, your honor.”

He also pleaded guilty to heroin possession after his girlfriend tried to sneak the drug into an electric toothbrush while he was on house arrest.

Douglas signed a plea agreement, but the details are unknown. Although, he is facing minimum prison sentence of 10 years.

So privileged and he still couldn’t pull it together.

help for your son