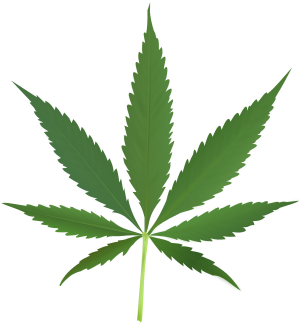 Once again, Marijuana enters the news with a bang, with a new study showing teens smoking more marijuana than they are cigarettes. The National Institute of Drug Abuse (NIDA) released the results of their recent Monitoring the Future survey, which found 21.4% of high school students had used marijuana in 30 days while only 19.2 % smoked cigarettes in the same 30-day period. Interesting that this is the first time since the ‘80s where marijuana use rose above smoking cigarettes–perhaps it’s a direct result of the anti-smoking policies in various states, coupled with the current and fervent medical marijuana movement.

Due to elevated talks in media and politics about the potentiality of legalizing marijuana, there has been a significant softening of attitudes toward the drug, particularly from the adolescent set. The notion of it it being for medicinal purposes really just makes light of the ill effects found from persistent use of the drug. This idea that legalization means safety is a fallacy, as we well know from dealing with the disease of alcoholism and the denial that can often come with it precisely because of its legality.
Another worrisome issue here, and one mentioned by Dr. Nora Volkow, director of NIDA, is the effect the use of marijuana will continue to have on adolescents, whose brains aren’t fully developed. Dr. Volkow says it will be “more damaging to learning and memory than less frequent use,” and “daily users are at a far higher risk of developing dependancy on marijuana and other drugs.”
Some signs to look for if you’re worried about your teen: