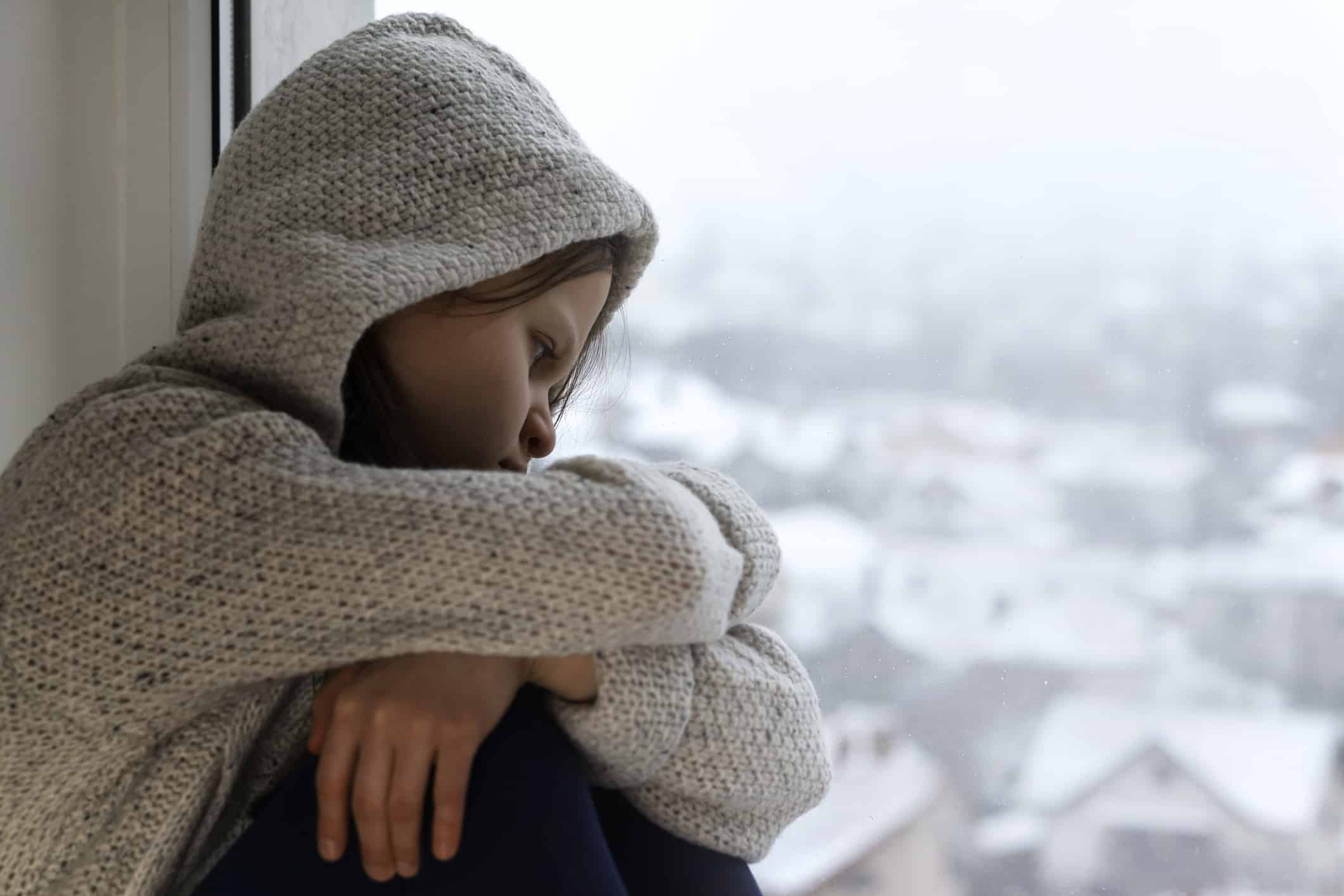 How Many Teens Have Depression (And How to Help)

Teenage depression is among the most common kind of adolescent mental health issue, next to anxiety disorders. About 13 percent of adolescents experienced at least one major depressive episode in 2017, with teen girls being as much as three times more likely to report a depressive episode than boys. An estimated 3.2 percent of kids between the ages of 3 and 17 have diagnosed depression, which is about 1.9 million people.

However, while depression is often associated with moody teens, major depression is most commonly diagnosed in adults between the ages of 40 to 59 (7 percent of men, and 12 percent of women). Despite higher overall prevalence, depression rates are growing the fastest among teens in the last few years. Rates of a major depressive episode in teenage girls went up from 12 percent in 2007 to 20 percent in 2017, and 5 to 7 percent for teenage boys in the same timeframe.

There are multiple reasons this might be happening – as well as many different ways you can help.

How Many Teens Have Depression, Why Is It So Common?

The factors that go into explaining why depression is on the rise are complex. On one hand, the stigma surrounding mental health issues is being reduced. Mental health conditions are becoming a greater topic both at home and in school, as well as throughout pop culture. More and more celebrities and important figures have publicly addressed their own struggles with depression, anxiety, ADHD, and other conditions. More and more people are aware of at least one famous person and one person in their own lives who has struggled with a mental health condition. Resources and options for tackling depression have become more common, as well as more accessible.

While teens are still not getting the help they need, more and more are feeling comfortable with seeking it. This means that as we continue to accept mental health conditions as an unfortunate and treatable reality, we will see rates continue to rise. Yet aside from that, the factors that may influence and cause depression in teens have also grown over time. News stories, studies, and industry research such as the Facebook Papers have revealed that technologies like social media can have a negative impact on teen self-esteem and mental health. Even if they don’t cause depression, they can and do exacerbate symptoms of depression and anxiety.

Screen time may not be as much of an issue as what teens are seeing on their screens. In addition to discouraging body standards and FOMO, exploitative advertising and constant news media can exacerbate depressive symptoms. Teens live in an era of increasing inflation, greater academic stress, rising costs, stagnant wages, record wealth inequality, and global climate change. The recent pandemic hasn’t helped reduce depressive rates – isolation, repeated lockdowns, and COVID-related deaths and grief have taken a massive toll on hundreds of millions of teens worldwide. Many teens are struggling to conceive a positive future.

Teens aren’t alone. Depression rates have been growing among other age groups as well, for many of the same reasons. From the financial crisis to COVID, there have been many recent events that have triggered an uptick in mental health issues, and access to better resources means more people are likely to come forward and seek the help they need. And in many cases, it can be argued that conditions like depression are still underdiagnosed.

Do Children Get Depressed?

Kids under 12 can experience depression. While the teen years are the usual onset period for depressive disorders, ranging from major depressive disorder to conditions like seasonal affective disorder (based on seasonal changes) and premenstrual dysphoric disorder, young children can and do exhibit signs of depressive behavior. These include long-term loss of interest in hobbies, social withdrawal, poor academic performance, unresponsiveness, sleep problems, rapid weight loss or weight gain, and other similar symptoms.

Helping Your Teen with Depression

If you or a loved one are struggling with depression, then there are multiple ways to help or seek help. Let’s go over a few of the most important ones.

Depression is a very treatable mental health issue. It isn’t curable, but it can be managed and reduced to the point where most patients can live long and fulfilling lives in spite of their diagnosis. Depression isn’t always for life, either – symptoms may last months or years, but can and do go away. Professional treatment is often your best bet for overcoming depressive symptoms, or helping a loved one get better.

The treatment for depression is a combination of individual talk therapy and antidepressant medication. SSRIs are the most prescribed antidepressants because they are generally well-tolerated and have minimal side effects. They work by increasing the availability of serotonin in a person, which may improve mood by a significant enough margin for other long-term interventions to help reduce symptoms and manage depressive episodes.

Aside from professional treatment, the legwork of beating depression begins at home. Create and foster a supportive environment by prioritizing healthy physical and mental life choices. Help your teen eat better, get enough rest, and encourage them to exercise with you or with friends. Help them track their mental exercises and post-therapy work. Help them set goals and pick up old hobbies or discover new ones. Help them stay consistent in their coping skills.

Work with their friends to create a support system they can rely on. Many therapists also offer family therapy sessions to help educate friends and family on depression and help them become better allies for their loved one.