Help For Teens Struggleing With Addiction and Alcoholism 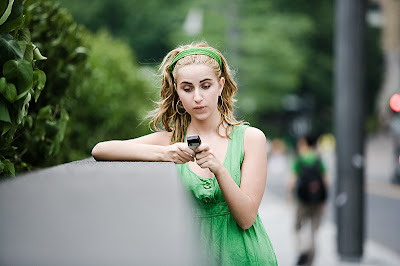 The University of California at Irvine recently began a study implementing text messaging in order to gather information on pre-teen alcohol abuse. The study hopes that by using a form of technology this generation is well adapted to, researchers will be able to more easily connect with their subjects. The goal is to not only get a better number of the amount of Orange County youth including Newport Beach that are drinking, but to identify what factors may be triggering risky behaviors or stopping them from acting out. To better understand these elements, they will be gathering information about their daily lives, support systems, and emotions.

One of the main reasons researchers cite for focusing the study on preteens is that more and more evidence indicates that consuming substances prior to age 15 can lead to unfortunate outcomes such as substance dependency, poor school performance, the contraction of STD’s, and criminal behavior. Another reason is that preteen substance abuse is on the rise: more that 50% of youth in the US have consumed an entire alcoholic drink before their 15th birthday, and that most 8th graders say that alcohol is relatively easy to get. Finally, new research shows that young teens may be especially sensitive to drugs and alcohol at this age and that delaying consumption of drugs and alcohol greatly reduces the risks of dependence. Rather than focus on drug use prevention programs, which are generally ineffective, the study hopes to see how teens make decisions when confronted with alcohol and drugs. Parents shouldn’t wait until prom night to have a talk with their teen about drugs and alcohol. They should start in junior high, or earlier. As the number of prescription drug abusers, marijuana users, and alcohol users climbs for adolescents, parents should maintain communication with their child. The teenage years can be scary for everybody (parents and teens alike) and even scarier for teens and parents of teens dealing with addiction. You don’t have to face it alone. For teens or families of teens struggling with addiction and alcoholism, there is help.

Help For Teens Struggleing With Addiction and Alcoholism