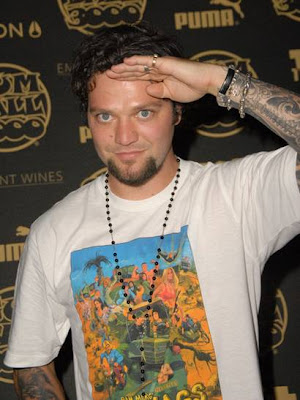 Margera was in the middle of a 4-day drinking binge to drown his marital sorrows when he was rushed to the hospital after his wife Missy learned the Jackass star had taken an Ambien on top of all the booze, according to Margera’s mom.

Mixing Benzodiazepams like Ambien, Xanax, Valume…with alcohol is extremely dangerous and often results in overdose but apparently not for Bam.

Bam says he managed to damage his kidney and leg muscles from not keeping sufficiently hydrated or nourished while drinking.

Margera has returned home from the hospital after getting the green light from a psychiatrist and claims he’s in “good health.”

Might wanna lay off the booze, though! or you he may need to fallow his cast mate Stevo into recovery.