Am I an Alcoholic? 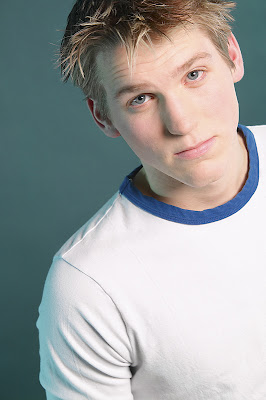 One major university has concluded a study indicating that underage drinkers consume 90% of their alcohol while binge drinking. This is no surprise to me really. Our culture, including the media, often promotes this attitude towards drinking. The problem for young people, is that younger drinking increases the chances of dependent drinking later on, and for some of us, that happens much earlier than others. The way I know that I was different from my drinking peers is that my life became quite unmanageable pretty quickly. I was consumed with the need to drink, and the longer I drank, the more I turned to other substances to increase my levels of intoxication. It was hard for me to see my peers “successfully” partying without the consequences I seemed to have. I couldn’t understand how they could be more in control than me. I resented having to go to adolescent rehab while my friends stayed home and continued to have fun. Fortunately, I was so miserable deep down that I felt desperate enough to give rehab a chance.
The following questions are taken from Alcoholics Anonymous’ website. These are the questions that really stood out to me and helped me honestly see my addiction to alcohol for what it was:

Do you ever wish people would mind their own business about your drinking- stop telling you what to do?
Do you envy people who can drink without getting into trouble?
Have you had problems connected to drinking in the last year?
Has your drinking caused trouble at home?
Do you ever try to get “extra” drinks at a party because you do not get enough?
Have you missed days of work or school because of drinking?
Do you ever have “blackouts”?
Have you ever had an “eye-opener” upon awakening during the last year? (a drink in the morning)
Have you ever decided you would stop drinking for a week only to last a couple of days?
Have you ever switched from one kind of drink to another in the hope that this would keep you from getting drunk?
Have you ever felt that your life would be better if you did not drink?

These questions helped me realize that maybe I wasn’t participating in normal social drinking. For whatever reason, I am an addict and alcoholic, and I just can’t succeed when I drink and use. Visions gave me the safe environment to build a new way of life. If these questions have led you to a similar conclusion, don’t hesitate to contact Visions today.

A new way of life is right in front of you.