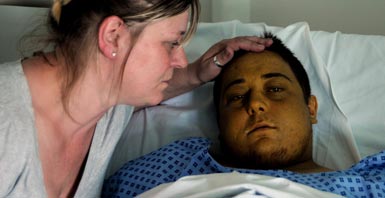 An adolescent treatment center reported a twenty-two year old man from East London died this week from cirrhosis of the liver. He was denied a liver transplant based on guidelines requiring transplant recipients to remain sober for six months prior to the transplant. The young man, Gary Reinbach, had been bing drinking since he was an adolescent at the age of thirteen. Gary’s story highlights the very real and tragic consequences of teen alcohol abuse in London and around the world.
When you are a teen, it is easy to think that drinking can’t actually hurt you, but Gary’s death shows otherwise. Cirrhosis of the liver seems like something only old men get, not young people. Great Britain has reported an increase in liver disease amongst thirty year olds following an increase in teen binge drinking. Researchers indicate that the more teens drinking will lead to more serious illnesses at a younger age.
Liver damage is not something I ever considered would happen to me when I was binge drinking as a teen. Was I on the same road as Gary? If Gary had gotten help in a teen alcohol rehab when he was a teenager like I did, would Gary still be alive today? Gary Reinbach’s death is very sad to me because it didn’t have to end like that. Maybe if Gary had gotten help when he was an adolescent he wouldn’t have done irrevocable damage to his liver. Youth does not deny teens a chance at recovery. It’s possible to stop using and live a new way of life. I’m glad I got the chance.