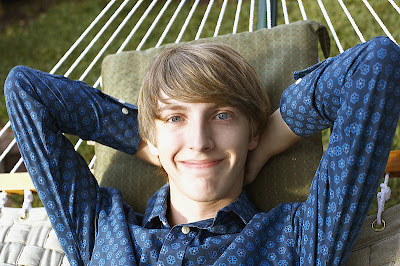 It has been a little over a week since Kiefer left Adolescent Treatment Center with me, therefore, I thought it time for an update.

Kiefer was a little skittish the first few days outside of Visions secure bubble. He was easily anxious in certain situations and noticeably cautious. Several days removed from Visions finds Kiefer, relaxed, easily regrouping emotions when needed, clear eyed, largely tranquil, appropriately verbal and self expressive. We have had no meltdowns to date, however, the first AA meeting was located across the street from a local drug dealer/friend therefore we will more than likely not return to that meeting for awhile, Kiefer prior to that meeting yelled at some teenager and immediately recognized it as an emotional relapse moment – he self corrected and that is the only inappropriate event to date.

I have found Kiefer to be helpful, he organized dishwashing after Thanksgiving dinner, and has been steadily working to get his room orderly, including washing his own clothes, he is no longer “needy.” Kiefer is not asking for privileges that he knows must be earned, such as driving. I am easily able to approach Kiefer with simple requests and his is pleasant in return, yet able to let me know what his needs are.

One week out of Visions, I find possible miracles have taken place within my child/teenager.

We are having a lot of fun going to meetings, we have gone all over Omaha and tried a variety of meetings, We have received tips for good Young Peoples meetings and so we are adjusting the schedule to take in those meetings too. Kiefer has already been embraced by several young sober men. Kiefer is approaching men he has met in previous meetings and has already established a good call list. I am finding that he is pulling away from Visions and realigning himself with local AA members. It is hard to know who is “safe” at this time, I guess more will be revealed.

Kiefer appears to truly embrace his sobriety; he certainly is appropriately protective of the safe places and people concept. Kiefer today exceeds my highest expectations post rehab. I would not have asked for/or hoped for/ this miraculous outcome with Kiefer, prior to sending him to Visions, I continue to be completely convinced that miracles happen at “Camp Visions.” The test of time will certainly reveal more, however, right now, today, life is completely changed, renewed, revitalized and appreciated by not only Kiefer, but our entire family as well.

Kiefer begins his new school tomorrow, Monday, November 30th, 2009. We met with administrators Wednesday and they will be contacting the teacher at Visions for ideas. We have enrolled Kiefer in the new district and it appears they may be able to give him credit for his efforts at Visions. Kiefer is looking forward to beginning the new high school program taught at the local university, there are approximately 25 intellectually gifted students in the program and it is highly individualized. By “changing everything” I see a new light in Kiefer, I will continue to try to change things for him so that he can prosper. Since Kiefer is a Junior I see this small, personal, educational setting as a true opportunity where he can flourish and grow intellectually without the stress of a traditional high school, Kiefer is looking forward to the change and relief of “school stress.”

We also met with the family and adolescent counselors last week and begin both groups this next week in addition to individual counseling for Kiefer and myself. The family of teenagers group meets Monday and the Adolescent group meets Thursday, we may not attend the Tuesday group session as it overlaps Monday’s group. His new counselor seems to have made good initial contact with Kiefer – time will tell. We know that we will not have the same level of counseling that was available at Visions; however, we have made good contact here and are beginning to develop a local support network for counseling. I will be inquiring about the Alegent Adolescent psychiatrist on Monday, so that we can have Kiefer’s medication supported by Alegent staff, keeping everything within the same medical team. Kiefer has also decided to retain his newer physician who has knowledge of his addiction issues. I believe this to be a very good decision as it is very important for everyone on the medical team to be involved with Kiefer’s recovery program.

The only issue that I am concerned about today is the smoking issue. Kiefer continues to really want to smoke. Somewhat like the medication (which he is continuing to take without incidence) I have decided to reconsider the topic at the end of 30 days or sooner if needed and discuss it with the counselors as I have told Kiefer that the contract cannot be changed without team approval, he is okay with this and is not pressing me on the topic.

Kiefer does miss the Visions staff enormously and his friends and sponsor in California. I have told him we will plan to return to California for a long weekend during school break around the Christmas holidays. I sense a natural transition is occurring in this regard and Kiefer is beginning to build a new network of sober friends around him. He has not asked to go out however I did allow him to go to dinner with a couple of sober friends to celebrate a 3 year sobriety b-day. Kiefer returned looking happy and relaxed. We have found a few young people meetings where the demographic really is teenagers; Kiefer likes the AA houses (clubs) and has genuinely enjoyed all the meetings we have gone to. I gave him his 90 day chip on Monday; it was the same chip I got 19 years ago. We were able to find a meeting on Thanksgiving that Kiefer thoroughly enjoyed, it was a bit irreverent, and so his 90 days began on Monday, November 23rd, 2009. Sunday night we did not get in until midnight, so we did not attend a meeting, the only night since Kiefer left Visions.

The only thing that we have had difficulty getting put in order is the Southworth Monitoring program for drug testing, We are playing phone tag with the counselor, but have received the packets. Monday we shall try to make contact with her and get the program started. Kiefer needs to be the responsible party for checking in – as it is his recovery program – I will assist if necessary as I consider this to be one if the most important components for living at home. I agree with Visions wisdom that returning home on holidays is not ideal and should be avoided whenever possible. We have had a little difficulty reaching people; however, I am happy to report that having the additional family around has actually helped the week progress. Grandma is sleeping at our house since Wednesday, Kiefer’s only grandparent and the cousins have been fun – lots of wicked card playing. You will be happy to know that Susie has attended several AA meetings with us and has been a very positive support for both Kiefer and myself, she is watching for dangers and reporting to me if she sees a problem – so far only the smoking issue has come up. Susie has exceeded my expectations in this regard, her time at Visions and counseling with you made the difference, I believe her outlook is also brighter today and she sees herself as a support not only to Kiefer but the entire family as well. A side benefit is that I believe she is curbing her own drinking which is prevalent for most college students.

So far – excellent! I am trying not to get my hopes up, however, today everything is very, very, good, there is a bright future, and there is hope.

Thank you and Kind regards from Omaha,

Please contact us to find out about HELP FOR MY TEEN.