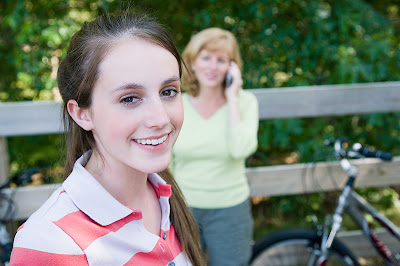 Teens with drug problems come from all walks of life; they aren’t just the teenage runaways depicted in Lifetime movies as I’d originally thought. Teens develop drug problems for a number of reasons- my daughter’s competitive nature seemed to be what initially led her down the path of drug and alcohol abuse. I was the last person to suspect that my daughter was a drug user. On the outside, she was a perfect student. She excelled in school, taking all honors classes, and was the star of the track and volleyball teams. I often wondered how she could get it all done. She never got into trouble and seemed pretty happy at school. I knew my daughter was extremely hard on herself. Her weight began to drop and she seemed increasingly edgy and irritated. I chalked it all up to the stresses of high school and teen angst and tried to talk to her more. Her withdrawing from the family seemed like something teens do- I didn’t want to smother her. I tried to be more lenient with her. She was such a good student I never suspected she was up to anything dangerous.

One night I heard a crash in her room. I found her sitting on the floor sobbing. I asked her what was wrong and she just cried and cried. It was a heartbreaking thing, to not be able to fix what was hurting her. I don’t know what possessed her to tell me, but finally she just blurted out that she had a problem with pills and couldn’t stop. I was floored. It was hard not to get angry with her, because I felt so scared, but at the same time, I didn’t want to discourage her from talking to me. I guess she’d put so much pressure on herself to be the best at everything she eventually became a candidate for teen drug treatment turned to stimulants like Adderral to help her preform and downers like Xanax to take the stress away. As she opened up to me that night, I was horrified to learn what she was putting herself through. I promised we would get help, but I had no idea what to do for her. Sitting there on the floor, holding my sobbing daughter, I felt as terrified as she did.

I had heard of Visions through a coworker, but had never thought much of it, since I didn’t think I’d ever need that information. They were amazingly helpful and understanding. It was hard leaving her there, but the weekly family sessions helped me work on myself so that I could help my daughter. She just blossomed there. Instead of being the rigid girl I knew who was so incredibly tough on herself, I began to see a girl who took care of herself and could respect her own limitations. As my daughter worked on herself, I learned ways to help support my daughter’s new sobriety. She isn’t a bad kid because she did drugs. She’s a fantastic kid. She always has been. Visions Adolescent Drug Treatment Center just helped her realize that.