Cough Syrup Could kill Me 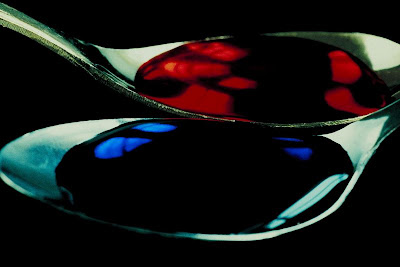 According to a recent survey of 48,000 teens, Robo-Tripping, or abusing cough medicine to get high, is one of the top ten abused drugs by teenagers. It is Also a major admitting factor to adolescent drug treatment in Newport Beach. Robo-tripping is often viewed as harmless because it is not a hard street drug, but it’s effects can result in slow breathing, cerebral hemorrhaging, brain damage, seizures, stroke, or death. Dextromethorphan, also know as “dex” or DXM, can be obtained through cough relief medicines in either pill or syrup form. Cough syrup is one of the first drugs I ever abused. It was right there in my friend’s house in Newport Beach. The effects made me feel like I couldn’t move and I felt displaced from my body. According to my research now, that is actually a very dangerous side effect of overdose. Good to know. At the time, I thought, “This is weird.” I had no idea that cough syrup abuse could actually kill me. It wasn’t a particularly good high- in fact it was kind of gross- but since I was only seeking to change the way I felt, and it was easy to get, I went for it.
I stashed the family’s cough syrup in my room, stole it from my friend’s houses, or stole it from the grocery store (where I also stole whipped cream cans…more on that another day). Parents should keep an eye out for medicine bottles or pill packages, or a mediciney smell to your teen’s breath. Teens under the influence of DXM can appear drunkish, dizzy, paranoid, or slow to respond. I remember the time my mom picked me up from my friend’s house after the first time we’d tried it and she asked me what was wrong. “I’m tired,” became a usual utterance for me after that. Yes, teens have a lot on their plates and get tired, but I was unreasonably tired for a long time. There is a difference between being sleepy, and being unable to keep your eyes open because you’re loaded on drugs. Ultimately, DXM abuse generally leads to abuse of other drugs. Stopping drug use early can save a teen from years of problems or death. Keep all medicines away from children and teenagers. Talk to your teen. If you think your child is struggling with DXM abuse, don’t hesitate to contact us today.