Club Drug Use By Teens 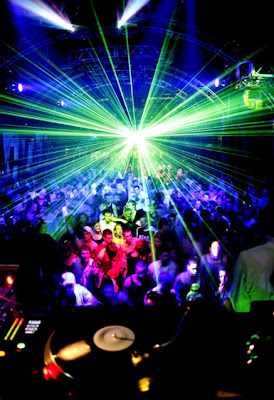 At Visions Adolescent Treatment Center we’ve noticed the use of “club drugs” by teenagers has been on the rise. Teenagers involved with raves or other all night dance parties often take these extremely dangerous drugs thinking they are harmless and non-habit forming. Because they generally come in pill or liquid form, many of these drugs are easily hidden in pill bottles, candy containers, or eye drop containers or mouthwash or water bottles. Club drugs, or party drugs often refer to the following:
Ecstasy- (E, X, Beans, Adam, Lover’s Speed, Clarity, Hugs, X-T-C, MDMA, Candy, Thiz, Rolls) This drug is a hallucinogen and a stimulant. Users often feel a sense of extreme euphoria and energy. Chronic abuse damages users ability to think and regulate emotion. “Candyflipping” involves the combination of X and acid, or LSD. Overdose can lead to death, and the drug also impair the user’s ability to regulate body temperature and heart rate. User’s may suck on a pacifier or “binky” or suck on candy because the drug causes jaw clenching. Other signs of use include dilated (big) pupils, sleeplessness, and extreme irritability (crashing) on the day following use.
GHB- (Liquid Ecstasy, G, Georgia Home Boy, Goop) This drug causes the user to feel more relaxed, but increased amounts can lead to sleep, coma, and death. It comes in liquid form and can be consumed in water.
Ketamine- (Special K, K, Kay Jay, K Ways) Ketamine is an anesthetic used by veterinarians and causes the user to feel a sense of delirium. Taking too much causes the user to fall into a “k-hole” where they often cannot move or experience extreme confusion. It is often snorted.
Rohypnol- (Roofie, Roche, Rophies, Ruffies, Rope) More commonly known as the date rape drug, Rohypnol causes the user to suffer from memory loss, drowsiness, and dizziness or confusion. People actually abuse it though.
Teens abusing these drugs often combine them with other drugs like meth, acid, cocaine, and heroin. They may possess Tiger Balm for cramps, hospital masks lined with menthol ointment to get a “vapor rush,” baby pacifiers, lollipops, candy necklaces, fluorescent light sticks, and various containers for hiding pills. Club drugs are just as dangerous and harmful as street drugs, and teens abusing these drugs need help too.

If you suspect that your teen is abusing club drugs, don’t hesitate to contact us today.adolescent drug treatment in Encino.