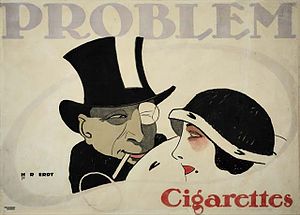 It’s been some time since cigarettes were labeled “light’ or “low-tar.” These days, over 50 countries use “gold” or “silver,” in their branding. Despite the difference in nomenclature, the misperceptions about safety remain the same: many people believe that cigarettes labeled “light’ or “gold” are somehow better for you than the smokes in the red box. “Slim” brands, which are mainly targeted toward young women are also perceived as being better for you because they’re skinny, implying less poison per hit. The truth is, tobacco is tobacco, and none of it is good for you, no matter how you spin it.

Recently, Addiction Journal published a study in which over 8000 smokers from Australia, Canada, the United Kingdom, and the USA were polled. Their findings showed “approximately 1/5 of the smokers polled believed ‘some cigarette brands could be less harmful than others.’” The research shows smokers tend to base their cigarette choices on color, they often believe smooth taste means less risk, and that filters really do reduce the risk of cancer.

One thing is for sure, the study proves a need for further regulation. One change we can eventually expect to see is plain packaging for any and all cigarettes. That means every box will look the same: sans logos, color, or graphics. Looks like Australia will be the first to try this out. It would be nice to see something take effect that successfully lessons the intrigue of smoking. If you don’t ever pick up, then you never have to quit, right? Also, if cigarette packaging ceases to look cool, there’s it’s one less reason to carry them in your purse or pocket.